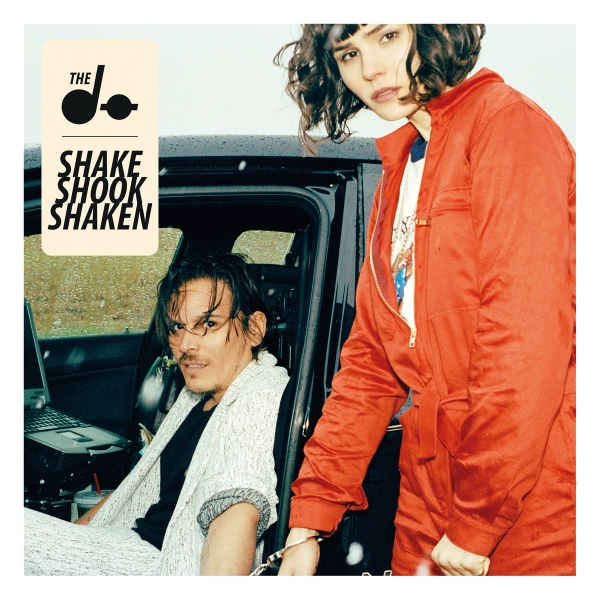 It’s been almost four years since The Dø released a record, the marvellous escapade that was 2011’s Both Ways Open Jaws, and in the time since, the French/Finnish two-piece of Dan Levy and Olivia Merilahti have had more than enough time to blueprint their next course of action. Their decision? To forego natural timbres, and sculpt a long-player “about chaos and redemption and guilt and these biblical values” via synthetic means.​

The record dawns with jerky future-anthem “Keep Your Lips Sealed”. It’s bustling with parpy stabs of synth and wargame drums, and it flits with robotic erraticism between the art-rock of St. Vincent and The Dø’s own mad scientist-tests. It’s a confident opening gambit that sets the tone for the rest of Shake Shook Shaken; this isn’t an album that sits still. They’ve got that “chaos” bit locked down, that’s for sure.

As the LP unravels, Levy and Merilahti unleash ominous electro outings, drenched in strident darkness, and quirky pop numbers rife with earworms. There’s sombre synth-balladry (“Lick My Wounds”) and excursions in chambertronica (“Sparks”). Despite being rather unsettled, the duo manage to reign in their experiments so that it does sound like a complete package.

A lot of this seemingly-random experimentation stems from the twosome’s desire to delve into a synthetic realm – “we just wanted to use some new tools that we never… cared for before,” – and strive to create someone that was “brave”, “personable” and that had a “strong sense of light”. Wandering so far from a tried and tested – and fan-approved – toolset is always a gamble, but despite being a tad haphazard, it should woo all camps.

The Dø’s third full-length does struggle somewhat with a bizarre editing process – it’s a bit overcooked in some moments, and then brutally snipped short in others – but is largely a welcome addition to their canon. There are individual standout sections, like the off-kilter glory of “Despair, Hangover and Ecstasy”, or the comparative reverence of string-led tune “A Mess Like This”, that really bring the record to life, but it’s also clear at times that Levy and Merilahti are new to this world they’ve been so keen to explore.

It’s largely successful though, especially in terms of their own personal aims. It is certainly personable, and you can feel a real sense of charm in their synth-based exploits. They’ve shown colossal bravery in cannonballing directly into an area they’re unfamiliar with. Their “strong sense of light” mission maybe wasn’t as fruitful, as so many portions of Shake Shook Shaken are immeasurably dark – take LP finale “Omen”, for example.

Shake Shook Shaken is an unpredictable anthology that fires on all cylinders. In their calculated pandemonium they manage to produce career highlights – not all the time, mind – and lay a bedrock for record number four. It feels like a debut record in the sense that they’re trying to do so many new things without 100% confidence, but also like a good debut record, it makes you massively excited for the future.