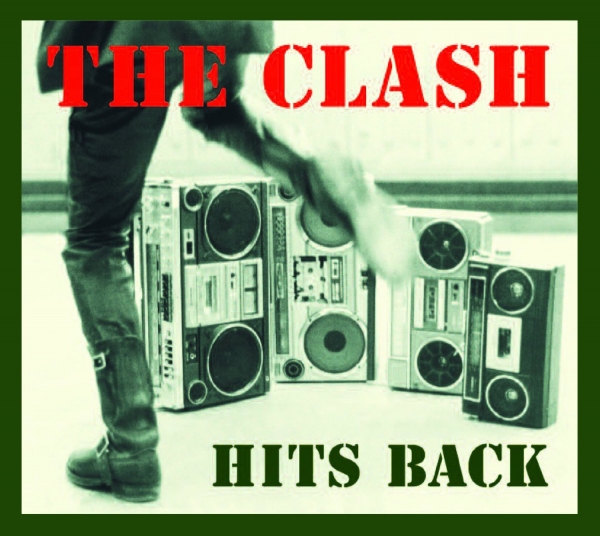 Let’s just deal with the obviously strange question first and get it outta the way: Is it odd that a new retrospective from The Clash, The Clash Hits Back, attempts to mimic a show they played in July of ’82 instead of being, I dunno, a properly sequenced compilation of their best stuff? No, not at all. For, you see, the Clash never did anything by anyone’s rules but their own. So it’s only natural that we have studio recordings in the order of a live setlist.

And what a setlist it is. Across 32 tracks (the entire Brixton Fairdeal show in 1982, plus an additional eight songs), well-knowns and deep cuts run side by side, which means you get ‘Should I Stay Or Should I Go’ and ‘I Fought The Law’ in the same set as ‘Police & Thieves’ and ‘Straight To Hell.’ This is because setlists were hand-picked (and hand-written) by Joe Strummer who apparently devoted much time to what songs the band would play on any given night.

Which explains how well paced this “show” is. They opened, naturally, with ‘London Calling,’ and quickly followed by rocking out with the likes of ‘Janie Jones’ and ‘Know Your Rights.’ Then comes a quartet of songs to slow things down a bit including ‘Train in Vain’ and ‘The Magnificent Seven.’ Which is then followed by ‘Police on My Back,’ ‘Rock the Casbah’ and ‘Career Opportunities.’ In other words, much like the band’s catalogue, there are naturally peaks and valleys to this collection. In the case of Hits Back, though, the ups and downs are moreso in terms of tempo and mood than quality. (That said, one wonders why Strummer would ever want to play ‘Ghetto Defendant,’ but I digress.)

Then again, that’s the beauty of listening to a band such as The Clash: the risk/reward ratio is so high that it’s totally worth it even in the face of failure. Thankfully, Hits Back is one of the better Clash comps to come along in some time if only because it’s so Clash-y in its presentation – including the fact that it’s being released concurrently with career-spanning box set Sound System. The one issue with Hits is that it contains no new material (unlike Sound System), so fans more than likely own every song presented. If, however, you are somehow unfamiliar with The Clash ( and… well, seriously?) Hits Back is as good a place to start as any if you’re looking for an accurate overview of the band before they put out their worst record.