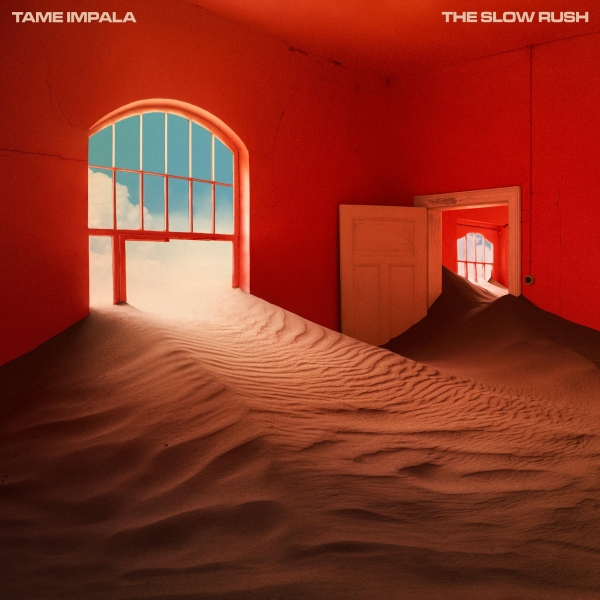 Kevin Parker’s project strays further from psych-pop origins, doubling down on electro-funk finesse with this kinetic, if less-than-trailblazing, follow-up to Currents.

The Perth-based artist’s career has seemingly been fixed on a turbo-charged trajectory since Innerspeaker’s breakout success back in 2010, collaborations with artists such as Mark Ronson and a cover from Rihanna resulting in a stream of mainstream hype alongside a sea-change in direction. Tame Impala’s journey from nascent open-ended pomp into radio-friendly reliability reaches effective, perhaps inevitable, completion on The Slow Rush - fragments of the act’s earlier incarnation returning at brief but increasingly scarce moments.

With recording divided between LA and Parker’s studios in Fremantle, this fourth album broadly sheds, without qualms, remnants of Tame Impala’s original neo-psych skin - supplanted with dancefloor-destined polish, the bankable and accessible embraced in totality. The writing had been on the wall for a while, Currents’ transcendence beyond the giddy instrumental-focused bombast of previous efforts was a watershed juncture - a benchmark release for the band that bore an introspective, if evermore radio-friendly blueprint. The Slow Rush takes its cues from the latter in this sense, harvesting the highlights and cutting loose its excess. Parker’s self-awareness of a decade-long stylistic and professional transformation is neatly nodded to on “Borderline”: “Quite a show for a loner in L.A. / Askin' how I managed to end up in this place / And I couldn’t get away”. A bittersweet, double-edged glimmer hinted at on an album that is, musically at least, flowing with carefree bubblegum beats.

Elsewhere, “Breathe Deeper” basks in '90s house piano chords, while the bass-bouncing “Lost In Yesterday” simmers with '80s pop fizz; bursts of laser-like synths interlocking with Parker’s silky vocals. With its Wurlitzer-esque sound, “It Might Be Time” bears more than a passing resemblance to the kind of prog-pop Supertramp specialised in, while its sage-like lyrics confront the prospect of time waiting for no one, with a lingering resignation to the aging process: “You ain’t as young as you used to be / It might be time to face it”. Despite this sense of capitulation to the social pressures of growing old, The Slow Rush, in general, sports an unabashedly youthful sound, excising the less linear aspects that graced earlier efforts. Finale “One More Hour” figures as the strongest example of Parker harking to the experimental sprawl of Tame Impala’s formative years, though this is presented as a mere bookend rather than a hint to a return to this era.

The Slow Rush stands as a certifiable summer-ready soundtrack, the confessional tropes of its predecessor cemented, harnessing the escapist hues of '80s R&B and '70s yacht rock in a more concentrated form. And while lacking the convention-breaching identity of Currents, Tame Impala commits to a formula that will undoubtedly guarantee heavy rotation – an album sporting plenty of standouts and very little filler.