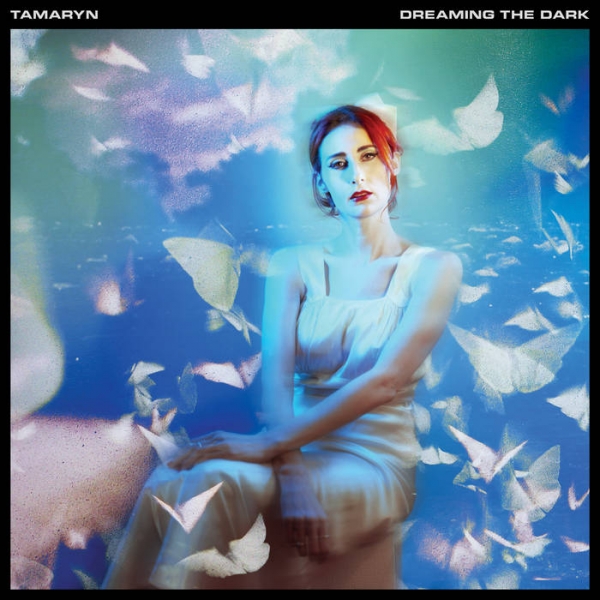 Eschewing The Cure and Cocteau Twins influences on 2015’s brilliant Cranekiss, she hooked up with Jorge Elbrecht from Violens and replaced the heavy reverb of the past wih synths and shiny production. What resulted was a collection of songs that screamed pop crossover potential, as she placed her impressive vocals at the forefront of the music.

The collab with Elbrecht having worked so well, it makes sense for that to continue on Dreaming the Dark, her fourth album. Stylistically it continues the sounds explored on Cranekiss, perfectly fusing moody dreampop with massive pop choruses, although the monochrome of her earlier material still lurks darkly during proceedings, she splatters the pallet with sprightly moments of pop sensibility in a campy pop gothic stew.

"Angels of Sweat" takes a Giorgio Moroder-esque arpeggio which bubbles under shimmering synths with Tamaryn musing, “There’s something in the moon tonight, there’s something about it / You’re letting me go”. There’s no obliqueness here: this is Tamaryn laying it out there for all to hear, and it’s a wonderful thing.

Vocally she's on fantastic form throughout the album, casually switching from pretty coo-ing to pissed-off gothic ice princess, sometimes within the same track. Career highlights are reached here: "Terrified", an exercise in vocal exasperation, is one such standout. To the strains of glimmering, Robin Guthrie-influenced guitars, she snarls, “I can clearly see it now, I’ve had enough of what you feed to me / all the lies you sell are the tears of someone else”, and she actually sounds on the verge of tears. Belligerence is another Tamaryn trait, and she’s never sounded as fuck-you as she does on the quiet storm of "Path To Love", the most shoegaze moment on the album and a closer to an opening tryptic of her very best songs.

Elsewhere mid-eighties Depeche Mode is smashed against a pounding electro beat ("Paranoia IV"), Italo-pop is flirted with ("Victim Complex"), and the all-out pop attack of "The Jealous Kind" will surely have Grimes secretly cursing Tamaryn behind her back.

Four albums in Tamaryn continues to have a magpie-like approach to genre; with two albums of shoegaze and two of pop under her belt, she’s proved that whatever happens next is bound to avoid the predictable.