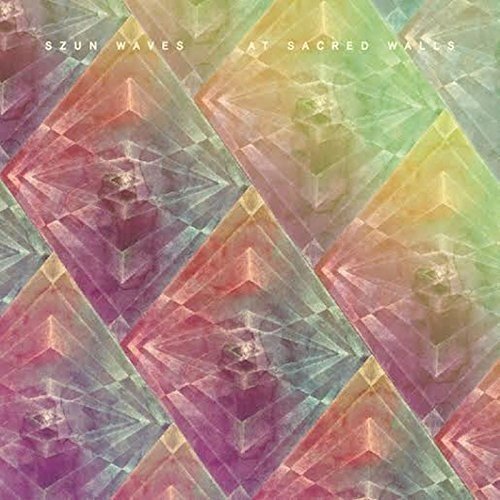 Amid the whirring synths, and sporadic ballet or high-hats and snare crashes, there is an overflowing of colourful, zen-like ‘space’, tying all the copious elements –like the band’s estranged members – together.

Szun Waves is the manifestation of Luke Abbott’s long-standing dream to create free-jazz utterings alongside Australian percussionist Laurence Pike. Separated by distance, the duo found time to realize the project in James Holden’s Sacred Walls studio last year, while managing to bring Jack Wyllie’s saxophone playing into the heady weave of neo-futuristic spiritualism. During a three-day musical odyssey, six-hours of collaborative nuances were recorded and then duly edited to create the largely organic, softly-muted and spacious offering.

Beyond the likes of Alice Coltrane and Sun Ra, Szun Waves inhabit a different universe in which the modular synth is allowed free reign to breathe its soft, pervasive textures beneath the free flowing percussive tones of Pike’s playing. The ethereal opening "Further" evokes a morning-like gesture, as Wyllie’s gentle sax playing awakens a percussive dawn and Border Community-like crescendo. It’s the combined element of space that allows them to perform this track across a whole twelve-minutes without you even noticing. The record steps into a new celestial realm by the time we’ve reached "Through Stars into Voids", as Pike leads the discourse, allowing Abbott to create a field of modulated space that envelopes the expansive sounds.

The record’s kaleidoscopic sleeve provides perfect synchronicity with its musical embodiment. Look into the recording and watch how the musical elements combine, move and create loosely-fitting patterns. As the space contracts and expands, you can see, feel and hear how Abbott and company have found the perfect, ideological space to map out their spiritual vision, all courtesy to Holden’s community space.