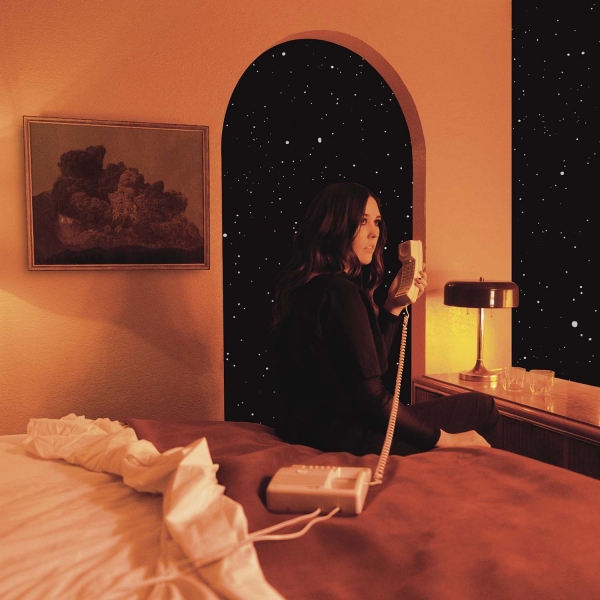 maybe i will see you at the end of the world has been a long time coming. A dream finally realised for Phoenix based songwriter Sydney Sprague, every track is imbued with this sharp need to create; in Sprague’s desperate vocal delivery, the cacophonous guitars that surround her on all sides, and in its lyrical content which finds her laying all her cards on the table.

Opener "i refuse to die" declares her intent from the off – although this is music for the end of the world, she's not going to go quietly. The album deals with difficult decisions and what-ifs, loud declarations of choosing your life path for the benefit of another and throwing everything away for one fleeting chance at happiness. On "steve" her heart is a peach which she's told "isn't as sweet as another", whilst on "staircase failure" she's considering becoming an estranged wife, after all "what's the worse that could happen?". These themes of desperation and bargaining, willing to do anything so things work out are wrapped up in vivid imagery that makes these difficult topics sound pretty, buoyed by feather light melodies.

The album feels indebted to '00s angsty guitar-driven pop music, bringing to mind musicians like Avril Lavigne and Kelly Clarkson. Although sonically pulled back at points, such as on "what u want" – which for the most part is just dreamily layered vocals accompanied by guitar – those big emotions are always there: this is what you want to get off your chest at the end of the world, after all. Despite this, there's an adult self-awareness to Sprague's music more reminiscent of artists like Phoebe Bridgers and even rock-band Basement at points.

maybe i will see you at the end of the world feels like the album Sprague was meant to write and it benefits from that needlepoint sense of purpose. There's no bloat or lulls, in fact it's the ideal soundtrack to see out the end of the world, where time is short and every moment matters.