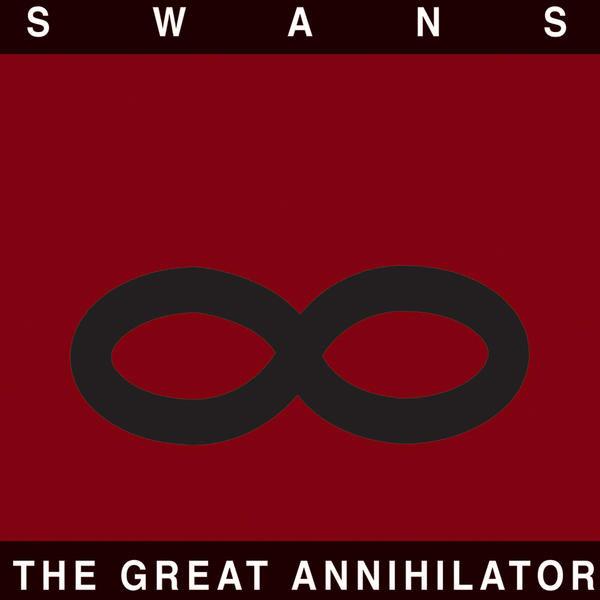 Like many of the group’s younger fans, my first exposure to Swans arrived with the release of 2012’s The Seer. Although it wasn’t the first post-reformation Swans record, it’s a work of such power and import that, for me at least, it burned a searing wound into its creators’ immediate past and future.

Semi-ignorant though I was of the group’s history, and indeed of its contemporary context, to be introduced to Swans by such an album as that temporarily supressed my usual obsessive desire to research and second-guess the new music over which I am constantly poring. It was more than enough to simply bask in The Seer for a while, to understand it as a singularity rather than a mere chapter. Yet, over time and via more recent Swans releases (all, for my money at least, weighty significance), I’ve familiarised myself with the group whose career is so perfectly encapsulated by The Seer. In a body of work whose highlights are so frequent, it’s impossible to pick a favourite; surely, though, The Great Annihilator must be in with a decent shout.

As maligned as it once was in some quarters for its general shift away from the caustic noise and simian brutality of their early post-no wave releases, listening through the remastered album at this 22-year remove, such criticisms feel a little misguided. I defy anyone to take a step back from Swans’ discography, then reappraise The Great Annihilator afresh and genuinely believe that this is not a heavy, brutal statement of the highest order. Yes, the melodies are more prominent, the production is cleaner, and certain dissonances have audibly been resolved, but this is still a punishing listen. If anything, the album’s relative accessibility affords it a certain power which may have previously eluded the band; Michael Gira sounds more human, more relatable than ever before, the preoccupations in his lyrics (death, destruction, the human condition) presented in increasingly sharp relief. For example, the apocalyptic sign-off of “Celebrity Lifestyle” – “her celebrity lifestyle is the perfect image of the end of time” – could sound like vague, throwaway nihilism were it not for the clarity of expression in the melody upon which it is presented, a clarity that was at that point rather new to Gira and co. Doug Henderson’s subtle, exacting remastering work enhances this effect, finely illuminating the filigreed detail of Swans’ notorious walls of sound and inviting us to inch ever-closer to this most intimidating of groups. By the time we reach the closing trio of the title track, “Out” and a coruscating live rendition of ritualistic “I Am The Sun”, we’ve been chewed up and swallowed whole by The Great Annihilator.

The remastered album is accompanied by a reissue of Drainland, Michael Gira’s debut solo LP, which was recorded and released during the same period as its full-band counterpart. It’s an interesting companion piece; the levels of comparative intimacy and accessibility which hold the key to the power of The Great Annihilator are shared by Drainland, and the restless spirit of experimentation that fuels so many of Swans’ more outré passages pervades many of these sparser compositions. Admittedly, the ideas don’t always hang together quite so effectively, but there’s something about Gira’s sonorous drawl which impresses so much portent upon the listener that any such qualms seem rather feeble once they’re openly expressed (a neat trick, that). To a certain extent, that’s true of much of the man’s work, with and without Swans, and ultimately that’s more or less essential to this reissue. There are few bands, particularly among those whose central members are now over 60 years of age, who can make a post-reunion reissue of a two-decade-old career highlight feel truly significant, but then everything Swans do feels like that. Like no other band I can think of, their work consistently forces its audience to address profound issues of selfhood and mortality with an inimitable level of gravitas and intellect. Further proof of their genius is not necessary – indeed, it hasn’t been for some years now – but, in this release, we have quite the reminder.