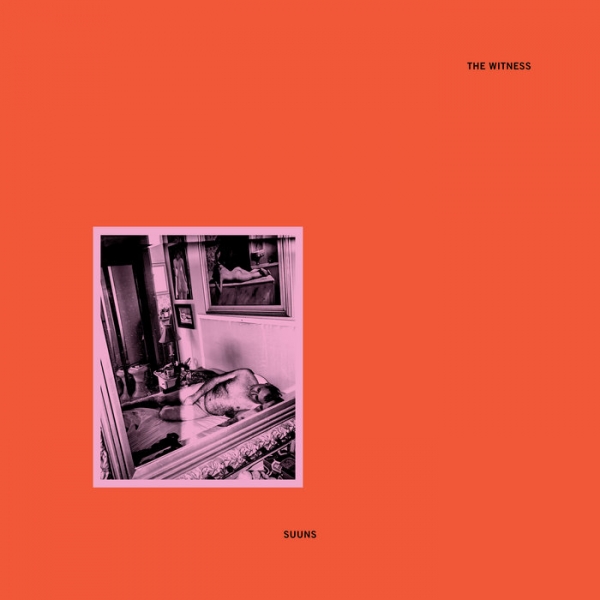 Following up on their debut EP Fiction, Suuns are opening a new chapter in their story with The Witness. The Montreal-based art rock trio, newly signed to Joyful Noise Recordings, have successfully rebuilt after the departure of keyboardist Max Henry. Feeding themselves with the krautrock of Can, the indietronica of Flaming Lips and the trip-hop of Portishead, The Witness symbolizes this mutation through new directions in which their authors blossom.

The Witness opts for spontaneity and an immersion that lets the true nature of Suuns shine through. The instrumentality as a key, the feeling as a heart. The quintessence of these choices lies in their paralyzing minimalism, their abstruse electronic sounds which form relaxed and unruffled atmospheres and melodies. It's as if every note, every vibration, every sonority is free to flow and express itself.

On "Clarity", everything seems in total levitation, articulated around vaporous melodies suspended to the notes of an enchanting saxophone. As an evidence, the album always keeps this guideline. Even the most eccentric and buzzing "C-Thru" breathes this way.

This opus was in fact born globally in an unconscious way, so that all the elements take shape between them. That's where its charm lies. Suuns decided to leave the idea of concept and theme to let his music express itself naturally. However, thanks to its homogeneity, it ended up metamorphosing into a single entity, divided into 8 stars. The whole thing sounds like a logical and particularly flexible suite perfect for a live set.

The construction and progression of "Third Stream" or "The Trilogy" for example sounds like a condensed expression of a larger potential (if performed live). On the other hand, if each song is designed to lead a double life, the album versions are ingeniously designed for replay value.

The symbiosis of all this translates into an experience as hypnotic as it is warm. The Witness has the power to guide you in a sensory journey where abstract, psychedelic, futuristic or exoticism are mixed. Suuns makes a point of honor to make the sounds as an absolute priority, the only small thorn lies in the melodies and vocals, sometimes too shy or idealistic to sublimate the whole.