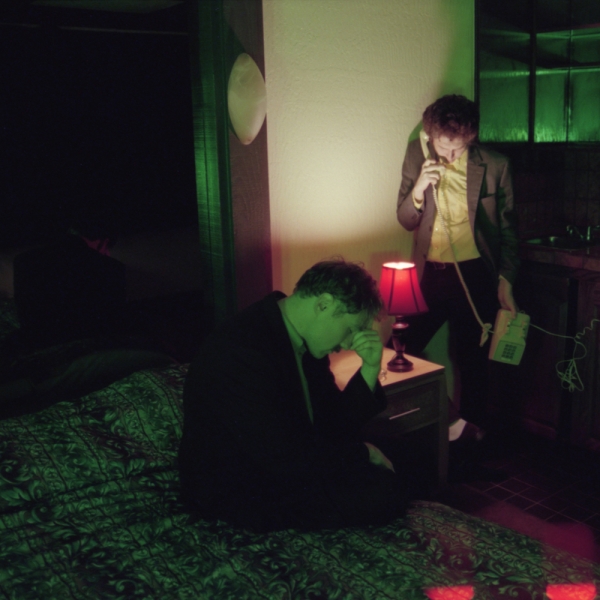 While it goes without saying that the relationship between music and film runs deep, it’s rare that the influence of the latter on the former is as obvious and as intrinsic as it is for Reno’s Surf Curse, and on their third album, Heaven Surrounds You, in particular.

Their first since relocating from Reno to L.A., Heaven Surrounds You is a blissfully hazy record that, while written in the band's native Reno, succeeds in crafting sepia-hued vignettes of a youth listeners instantly pine for.

It’s here that the links to cinema come in to play also. Tracks are named after, or refer to, a litany of films from the 20th and 21st centuries - the likes of Labyrinth, Hour of the Wolf and Dead Ringers all appearing. Where other artists might well draw the aesthetic of songs from that of the films, Surf Curse continue in their trademark brand of sun-kissed indie-pop; the influence of film coming instead from its themes more so than narratives.

At its heart however, Heaven Surrounds You is very much a coming-of-age piece. And while often a term saved more for literature, and fittingly, cinema, it couldn’t be more fitting. Each track feels like a self-contained snapshot into an adolescence that wasn’t yours, yet one you’re nostalgic for anyway.

From the undeniable optimism of "Labyrinth", the woozy resignation of "Hour of the Wolf" or the soaring melancholy of "Opera", Heaven Surrounds You runs the whole gamut of human emotion, and like all coming-of-age narratives, feels heightened by adolescent emotion.

Far from feeling overwrought however, it’s an elegant record, and paradoxically understated, something which makes its appeal not so much instant as insidious, sinking under the skin of its listeners slowly, over the course of repeat play throughs. And for that, Heaven Surrounds You is all the better for it.