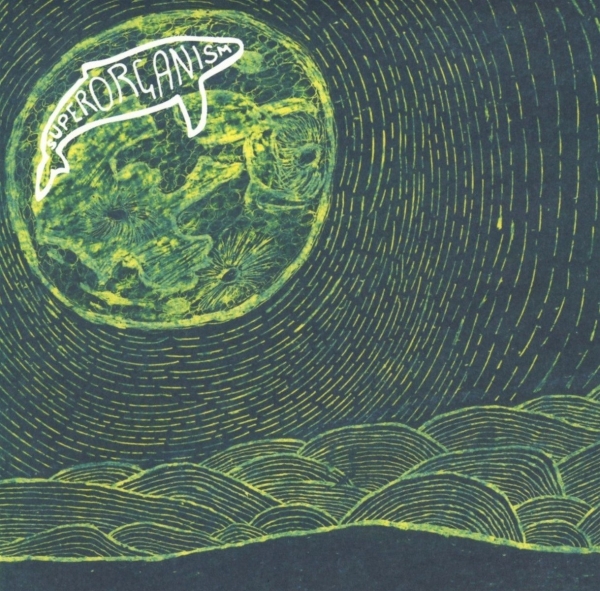 In 1990, a group known as Künstlerinitative Tacheles took over a former department store in Berlin shortly before it was due to be demolished. Renaming the building The Kunsthaus Tacheles, it became home to all manner of artists including sculptors, musicians and dancers. The building became famous for its crazy graffiti murals and found itself at the centre of Berlin’s art scene.

This house is very much like the two-story London house in which Superorganism have set up shop. An eight-strong “DIY pop production house” hailing from all over the world and brought together via the internet, Superorganism are a truly modern prospect. An art collective almost unheard of in today’s pop world.

Their debut album, then, is as full of inventive hooks and cross-cultural influences as you might expect from a group as diverse as this. They’re a band for which no form of inspiration is thrown to the wayside. If it has the ability to be part of a seriously catchy hook, it’s in there.

That means car horns, sneezing, hoovers and alarm clocks are as much part of the scenery as guitars and keyboards. The end result is an album so giddy with peculiarities that each listen brings something entirely new to your attention.

Take “Relax”, for instance. It’s a track that manages to make tongue clicks and the sound of a fizzy drink can opening sit alongside drums beats effortlessly. Meanwhile, car horns and glass shattering makes for an oddly catchy melody.

The surprise really comes in how distinctly human the album is, given its history and abundance of camp sound effects. This feeling is mostly down to Orono Noguchi, the band’s meme-loving singer. Her talk-singing charm offers something relatable and down to earth amongst the cacophony of samples; a port in this crazy storm.

Much of the album is about navigating the stresses of modern life. “Nobody Cares” is optimistic ode to being yourself, while opener “It’s All Good” is about not letting everything worry you. “SPRORGNSM” even acts as something of an origin story to the band. While the topics at hand aren’t exactly the most original, when surrounded with the utterly ridiculous melodies and hooks it all becomes incredibly exciting.

Superorganism is alight with invention; a curiously boggling and euphoric trip into the minds of eight people who just really love making music. While many may spend the album scratching their heads, by the time you reach the beautifully transcendental “Night Time” on your first listen, it’s clear just what Superorganism are actually capable of.

This is a band that isn’t odd for odds sake. Every single crash, bleep, smack and ring (insert other onomatopoeias here) is carefully placed with love, care and attention. In short, it’s a fascinating debut from a band that want to the push the boundaries of what pop can be.