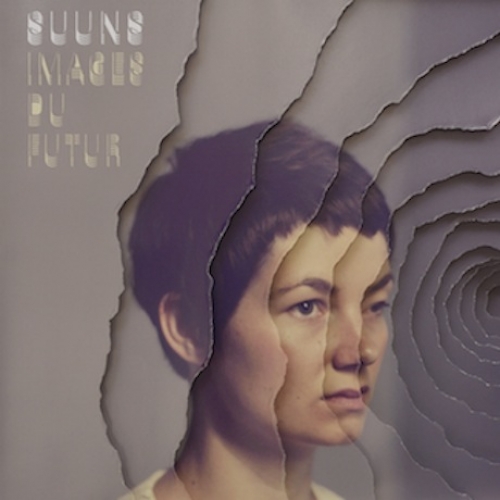 It’s a wonder that I’ve managed to finish this piece. Not so much because it’s a difficult album. I’m not even that busy. No, it’s simply because every time – every single time – I try to type either the above band name or the album title this word processing software changes the words to something else. So far this paragraph Suuns has become Suns, sUuns and Usuns, whilst Images Du Futur flatly refused, for around ten minutes, to let me drop the e. It’s this, right here, that Sarah Connor was trying to warn us about all those years ago.

If only we’d listened: today it’s autocorrect, tomorrow it’s the nuclear inferno. It doesn’t matter that I’ve added the words so many times that the dictionary menu is pretty much burned onto the screen – still Pages persists in its defiance. Clearly it doesn’t want me to write about this album. Indeed, given the regularity in which iTunes seems to be crashing today, it doesn’t want me listening to it either.

What would a word processor want us to listen to? The marketing people with their gloss-drenched promos would have us believe it was the cutting edge, the Shoreditch buzz-bands and the bloggers’ darlings, but that simply isn’t true. Computers run on code, on routines and algorithms that cannot be subverted, on rules that must never break. No, if our word processors picked our playlists then chorus must follow verse and rhythms must stay constant, a 4-4 as regular as the cursor flash and just as engaging: clearly, they’ve had some hand in the Brit Awards.

Perhaps that’s where Suuns are falling foul. There’s no formula here, no rigid adherence to structure or form. Heck, these are barely songs so much as conduits for noise, a broken seesaw balancing ambience and abrasion. Images Du Futur opens with the latter, Ben Shemie’s half-whispered vocals breathy and frantic like a curbside lunatic over a rising wall of buzzing, drawn-out guitars.

It’s some time before this lets up. ’2020′ rolls in on an ominous bass rumble and a riff from a dying air-raid siren and a lyrical chant from out of a cult. “What you see is really what you’re seeing“ intones Shemie, over and over until I really, really believe it, the drums hypnotic and the rhythms driving and the very real sense that I’m somehow being recruited. Near the close there’s a pause for twenty seconds of keening white noise that in another context would be painful: here, by this stage, it counts as a massive dance hook.

This is an album that sets out to confound, to jar and wrong-foot. Caustic builds bleed into softened harmonies and spaghetti-western arpeggios and synthlines from dystopian future-noir, rhythms and motifs swelling up and falling away without warning. It’s a cinema of slow-mo smoke trails and bleached-out skies and shadows dancing upon grimy walls. ‘Minor Work’ holds a horror movie’s menace, a Portishead note to its minor keys and dropping beats and a creeping dread in the druggy lyrics: “It’s good feeling good, it’s good feeling high”, the tone frozen and otherworldly. ‘Edie’s Dream’ slows the pace to a languid purr, a slow dance by way of an acid bath.

‘Bambi’ sees the band at their most accessible, its hook infectious and its beat compelling, the vocals a Sesame Street night-sweat of alphabet rhyme and semi-conscious reverb. It’s frantic and danceable whilst still nursing the violence at the fringes, like a sociopath at a party who’s trying really, really hard not to pick up the kitchen knife and just do what feels best.

That’s kind of how the whole album feels, actually: a buttoned-down Oxford-cloth psycho that might just snap. There’s a restraint here that makes the sudden lapses all the more effective, the sections of drone laced with simmering tension. It’s apt that the album’s closer layers maddened, cacophonous laughter behind the mix, like the studio audience gassed into deadly mirth by the Joker in Frank Miller’s The Dark Knight Returns.

Two years ago the band played at The Great Escape festival, their performance accompanied by two women, delegate passes swinging likes pendulums from their necks, enthusiastically grinding against one another in an ill-lit corner of Brighton venue Audio. That’s what this album sounds like: shadowed and recessed, highly-charged and slightly sordid. Images Du Futur is exciting in a way that few albums manage to be, dangerous and compelling like a first cigarette or fumbled sexual encounter, and nothing here quite seems real: these ten tracks exist in a half-light, a nocturnal fog a step removed from lucid thought. And a long, long way from anything routine.