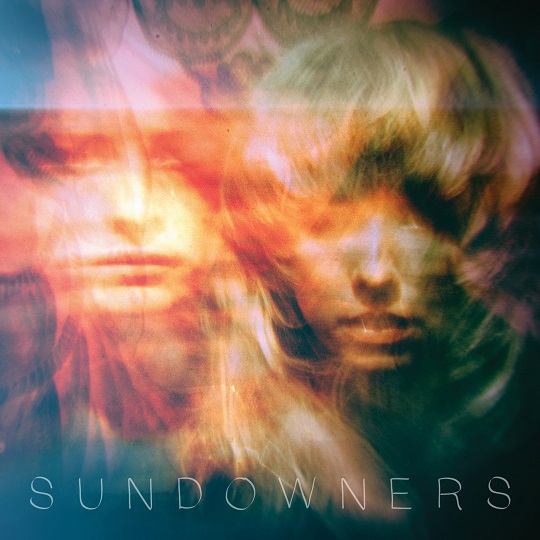 Sundowners have the kudos of the patronage of The Coral, whose erstwhile leader James Skelly is on co-production duties here. Keeping it in the family, he’s also the brother of guitarist Alfie and singer Fiona Skelly, who shares vocal duties in the band with Niamh Rowe. Their story isn’t about mentors however; they’re walking a similarly retro but much poppier path than their older brother. The only confusing thing about them is whether they have a ‘The’ in their name or not.

“Wild As The Season” comes on like “The Age of Aquarius” by The 5th Dimension. Opening with a brooding splash of tambourine, bass and a squall of guitar chords that wouldn’t sound out of place on a Nuggets compilation, it then smacks you around the face with some mighty harmonies. If the sign of a great opening song is that you press repeat as soon as it’s finished and then do that again several times, then this ticks the box. At just over two minutes it’s rather concise however, if anything they could have spaced it out for longer, the intro itself takes up over half of the entire tune and a juicy outro would have completed it nicely.

“Back To You” starts off like New Order and the vocal harmonies have a woozy claustrophobia about them, pitched deliberately low in the mix to match the swampy guitars. Recent single “Into The Light” is the best thing here, a heady west coast breeze, revolving around a frenetic 12 string guitar riff and breathy melodies, it’s a marvellous blend of Fleetwood Mac and Love.

Upcoming single “If Wishes Were Horses” has a lovely Krautrock hook; it sounds like Spiritualised covering Donna Summers “I Feel Love” and is a reminder that as wonderful as the paired vocals are, the rhythm section are marvellously unfussy, keeping the song anchored throughout. “Soul Responding” is a Northern Soul stomp, the vocals and urgency suggest The Count Five fronted by Grace Slick, it has an intensity that the more ethereal moments, such as “Hummingbird” lack and shows that when they stick to what they do best, psychedelic pop mixed with kick ass, don’t fuck with me singing, they’re a mighty proposition.

There are a couple of missteps. “End Of The Game” strays a little too close to power ballad territory and sounds like the type of song a major label A&R would tell their new guitar band to write. Their charm is most certainly in a summery feeling and the earnest lines “I never thought it would change, it’s the end of the game.” are a little clichéd. “I Dreamed” dips it’s toes into AOR and can’t seem to decide if it’s a folk song or not. The guitar is a bit heavy handed, going for epic soloing, where a clean piece of light picking would have made it more of a “Dreams” than a “Whiskey In The Jar.” But these are minor quibbles in the context of the overall narrative of the record, which is otherwise a delight.

Sundowners love of 60s stomp will undoubtedly see them rack up ardent admirers on this year’s festival circuit if their burgeoning live reputation is anything to go by – indeed the album itself was recorded live for the most part. The relentless beat group energy of the instrumentation blends wonderfully the laidback, insouciant cool of the vocal harmonies. It’s an unabashed paean to psychedelia, and at its best channels Jefferson Airplane, a vivacious and very enjoyable debut record.