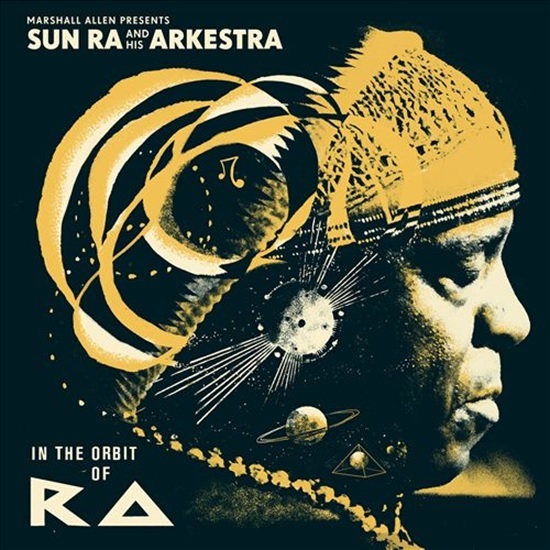 The perennial problem with Sun Ra is where on Earth (or indeed elsewhere) to start. By the time of his death in 1993, the greatest of all jazz eccentrics had released comfortably more than 100 albums spanning five decades. The space-obsessed composer, musician and bandleader’s discography is so mythic in its scope – and so erratic in its documentation – that people have devoted literally years to simply figuring out what was released and when. A proper entry point is well overdue.

Herman Poole Blount was born in Birmingham, Alabama in 1914. By 1952, Blount had already been involved in music for the best part of 20 years, playing with the likes of B. B. King, when he decided to change his name to Sony’r Ra. He ultimately adopted the Sun Ra moniker in homage to Ra, the Egyptian solar deity.

Ra had always maintained a deep interest in Egyptology and science fiction but few could have foreseen what happened next. He entirely abandoned his birth name and early life, insisting that he was a visitor from the planet Saturn. Ra’s band at the time, then known as the Space Trio, soon began wearing elaborate Ancient Egyptian-themed costumes and expanded into his soon-to-be-famed Arkestra.

Perhaps unsurprisingly, Ra came to be viewed as something of an eccentric. Jazz purists – a notoriously self-serious bunch – often viewed Ra’s idiosyncrasies with distain, regarding them an embarrassing distraction. To be clear though, for all the celestial myths and superlatives that surround Sun Ra, it’s important to remember that he was, first and foremost, an extremely talented avant-garde jazz musician. The likes of Thelonious Monk and Dizzy Gillespie were effusive in their praise.

This double-disc set, curated by Arkestra mainstay and current bandleader Marshall Allen, bounces around Ra’s most seminal work between the late fifties and the end of the seventies. Allen has hand-picked an intricate mix of relatively well-known tracks and previously unreleased material across the period, ranging from the furious percussion of “Reflects Motion” through to the Moog synthesiser of “Astro Black.” A note of caution for anybody looking to buy the release on a physical format: the vinyl version features considerably less music, clocking in at 13 tracks rather than the 20 featured elsewhere.

There’s no pretence that In the Orbit of Ra is anything close to a traditional best-of. Rather, Allen positions the collection as an expert tour through the most fertile patch of Ra’s discography. The lack of any chronological sequencing reinforces the timelessness of Ra’s compositions, with the first disc instead focusing on shorter, more accessible pieces and the second gradually drawing the listener into ever-more demanding arrangements. Suffice it to say that by the end of closer “We Travel the Spaceways,” diesel engines and quacking ducks seem to have entered the fray.

Therein lays the beauty of this collection. Across a mere 20 tracks, In the Orbit of Ra acts as a receptacle for everything that was exciting about Sun Ra whilst somehow managing to be neither wilfully impenetrable nor disingenuously accessible. Much of this content has been surfaced before, though none of it as ever sounded so immediate. Skilfully remastered for the purposes of this release, even live tracks like 1968’s “Spontaneous Simplicity” do a great job of showcasing the rumbling bass of Ronnie Boykins, for instance.

Putting aside any gripes about the relative paucity of the vinyl version, there can be few complaints about In the Orbit of Ra” Some kind of condensed buyers’ guide to Sun Ra would have been a nice touch for those looking to blast off into his intimidating oeuvre, but perhaps to remove the mystique would be to miss the point. In Ra’s own words: “I have many names; some call me Mr. Ra, others call me Mr. Re. You can call me Mr. Mystery.”