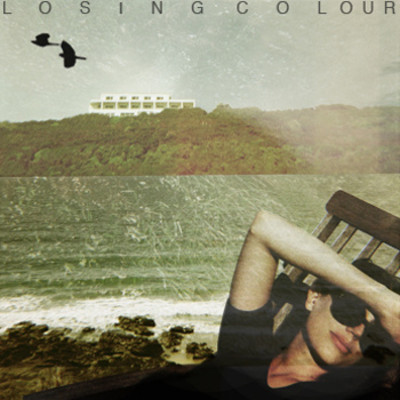 “We never stood a chance.” If Rebekah Raa and company are referring to the oversaturated music industry and the skills it takes to compete in today’s digital market, I think the members of Stricken City are delusional.

The band’s debut, the EP or something akin known as Songs About People I Know, offered stunning psych-pop glimpses into what could be, and the band’s new follow-up, Losing Colour, should have placed the band squarely in buzzworthy territory on multiple continents. Now apparently the band has called it quits, making Losing Colour a stepping out instead of a stepping stone. And that’s most unfortunate. Simply put, Losing Colour shines as bright as anything released yet this year. Sure, it’s a fond farewell, and I’ve heard the advice goes something like, “Go out with your head held high.” But one listen to the brooding ‘Animal Festival’ immediately begs for more, so knowing the end ahead of time mars the listening experience.

Steeped in 80s guitars a la Joshua Tree, ‘Animal Festival’ slinks along with a jangly main guitar line, loose percussion and Raa’s slight allure in perfect harmony. It’s a mix extended from ‘Some Say,’ the album’s opener that rides the same guitar vibe. ‘Corridors’ achieves the same cohesive beauty with an entirely different palette – elongated synth, darker guitar tones and white space taking over. The surprising saxophone on ‘I Know A Place’ takes a while to settle, but by the end of Raa’s swirling psych party, it feels right at home. It’s a lighthearted note before the album’s (and band’s) final bow: the title track, ‘Losing Colour.’ Each instrument, each element grabs and refuses to let go through the track’s slow build toward an inevitable triumphant wall that eventually crumbles to let Kit Godfrey’s drumwork close things out.

Let’s hope it’s personal issues that removes a band like Stricken City from the mainstream, because if it’s a failure on the part of the art patron to buy or support, this is a major loss for the music fan.