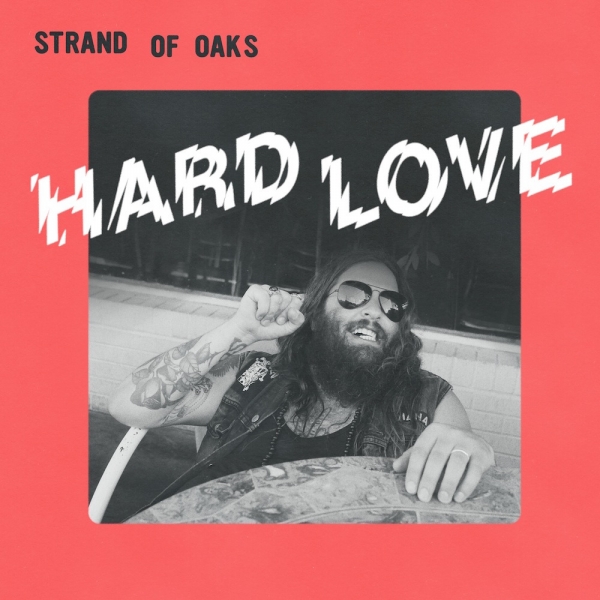 When you are trying to run away from a problem, sometimes you collide headlong with inspiration. In the best case scenario, that inspiration miraculously turns into your salvation – causing you to stop running and start saving yourself.

Strand Of Oaks new album, Hard Love, is equal measures escape and preservation for Tim Showalter. The nine assured, sprawling new songs reflect both a desperate search for meaning and significance in a world that doesn’t value the truth as much as it should, as well as a desire to forge a deep connection with something – and someone – real, while we still have the time.

On Hard Love, Showalter brazenly leaves his folkier, electro-tinged past behind him in favor of a more visceral, potent sound. The raw emotions coursing through these songs remain fragile, but are far less fractured than they were on his 2014 breakthrough album, HEAL. The album illustrates the hazy decadence of years on the road balanced with a craving to return home to a life close to resembling normalcy.

The Replacements-echoing lead single, "Radio Kids", expresses a yearning for the days when having a good song on your stereo and exciting plans for the weekend was all you needed to get by. The rousing "On The Hill" and "Taking Acid and Talking To My Brother" both reflect the psychedelic bombast of The Verve, which injects the material with an illusory clairvoyance and the temperamental self-reflection that only arrives in the early hours after a night filled with soul searching.

"Cry" forms the sentimental centerpiece of the record, as the plaintive piano ballad tenderly illuminates the pain and pleasure of a love that has grown heavy over the years. But Showalter isn’t interested in wallowing in those unguarded emotions for very long, as he and his trusty cohorts (producer Nicolas Vernhes and guitarist Jason Anderson) turn the noise up on the rollicking jams "Everything" and "Rest of It" that boisterously stand as some of Strand of Oaks finest work to date.

Charles Dickens wrote, “There are dark shadows on the earth, but its lights are stronger in the contrast.” And moments of personal darkness are threaded throughout Hard Love, but the clarity and strength that Showalter finds when he shrugs off the gloom gives the songs a restless optimism tempered with a belief that the sun will always come up no matter how long your night has been.