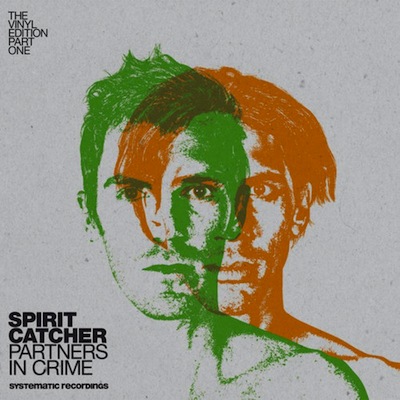 Belgium partners in crime, Jean Vanesse and Thomas Sohet, have previously achieved some amount of reputation following the release of their first album Night Vision on 20:20 Vision back in 2007, as well as the more recent release of Sedona on Systematic in 2009. They produce the kind of deep-house associated with bedroom listening as well as dark nightclubs, at once leaning towards atmospherics and glitches, as well as minimal beats that would work well on pilled up dancefloors. On Partners In Crime however the tendency is towards experimentalism in the fields of genre, drawing on features from music as far back as seventies funk and disco. From here they traverse quite haphazardly through Detroit house and acid house, and then to tech house, bump ‘n’ grind and electro, keeping a keen eye as always on a minimal feel. And while the influences are indeed numerous and the sounds as expansive as you can imagine, the album never really gels. Cohesion is lost by the time the previously released Sedona works its way through 6 minutes of minimal tech beats, and by the end of the album the bond is broken.

Part of me feels that it was never really going to be so cohesive anyway; a quick look at the press release sites early funk progressives Zapp, Detroit house originators Atkins and May and none other than Quincy Jones. And whilst the connections can be made, it breaches common sense to centre on these so wholly as Spirit Catchers do in tracks 1-4, then to do away with the formula and move onto something completely different. This of course has little to do with the songs in themselves which groove and flow with a uniqueness of their own, but transferred to the album blueprint, it makes little actual sense. It appears to me as if this is an album of indulgence brought on by the need to release some singles for their dance label. While Sedona sits there as an obvious single, something like Little Game sounds like an early g-funk progenitor that feels lost and overwhelmed in this vast, confused album.

Partners In Crime then is similar in some ways to the much anticipated Aeroplane album, where the weight and breadth of their musical knowledge was so wonderfully on display, but somewhere along the line they forgot that they were making an album. Of course their vinyl collection looks large and impressive, one might say, but that doesn’t mean that you’re going to create a great album.

There are a few outstanding tracks, including No Way Out, which again, was released earlier this year. Frequent Traveller burns like a fire at the centre of the album, drawing upon a deep groove and a beat that is relentless. And the obviously Detroit house inspired Human Factor is excellent too, as a floating funk baseline spirals out of control in a world of vertiginous synths.

All of this then could be avoided if they had reigned all the incongruous elements and honed in upon the great song-writing talent that they obviously have in spades. Perhaps they could just meet up with Space Dimension Controller on an asteroid belt somewhere in outer space and make the sort of mutant cosmic-disco that they’re really hankering for.