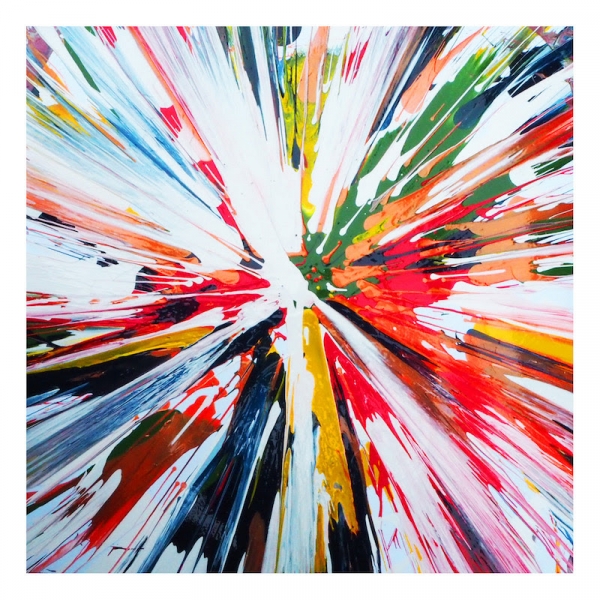 With 2018 seeing Liverpool four-piece SPINN sell out their debut UK tour, travelling to Japan for the first time, as well as racking up millions of Spotify plays, all without an album, it was only a matter of time before one came along.

With Liverpool harbouring a tradition of blissful and vaguely psychedelic indie pop, it’s fitting that their self-titled debut LP should relish in a similar aesthetic. Far from feeling completely indebted to their Merseyside home however, SPINN channel an array of Northern bands in to an amalgam that feels both classic and contemporary, optimistic and introspective, and at times, wistfully melancholic.

Eleven tracks dealing with everythin modern life could throw at a twenty-something, from relationships, self-doubt and toxic masculinity, tracks such as "Shallow", "Notice Me" and the fittingly woozy "Bliss" pick up where the ill-fated likes of Trash left off, combining a youthful self-deprecation with Smiths-esque lyricism for the 21st century.

Of course, it does go without saying that SPINN have very much found their niche and are sticking to it. Many of the tracks do feel familiar, especially on repeat listens, but as the saying goes “If it aint broke…”. And while detractors will balk at the hazy, almost narcotic aesthetic that permeates the album in its entirety, SPINN’s modern take on classic Northern indie pop is nothing short of endearing.

And that's refreshing. For more than a decade now the UK indie scene has been populated by the pseudo-swagger of weekend rockstars; a macho posturing gleaned from the likes of Liam Gallagher and manifest in the likes of Liam Fray or Tom Meighan. Thankfully SPINN feel like the antithesis of that laddy mentality, and their debut record plays out as an aphorism to the fact.

Despite being subtly intelligent and always introspective however, SPINN never once comes across as overwrought or pretentious. Instead, it’s button-bright indie pop and woozy semi-self-deprecation has earmarked the band as not only one of the strongest up and coming bands around at present, but also one of the most vital. For years people have been decreeing the death of guitar music, often without realising it was guitar bands that were slowly killing it. In SPINN, we’ve got a band far too modest to save guitar music themselves, but they’re doing a damn fine job at breathing new life in to its blackened lungs.