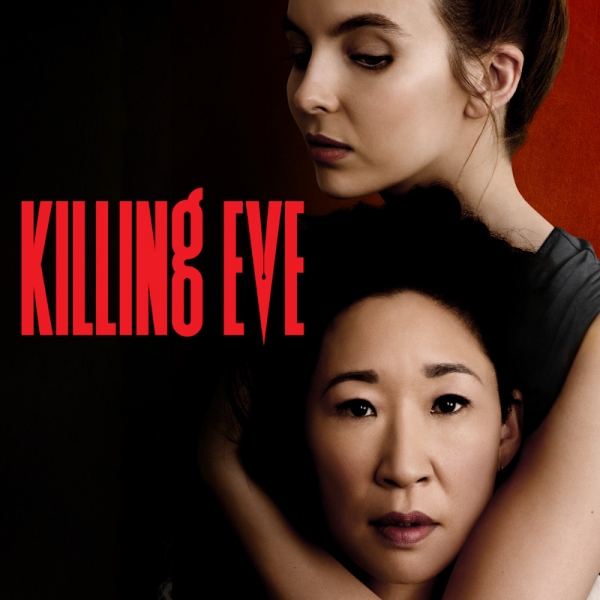 Available in a wide variety of formats (blood-spattered vinyl, Season 1 and Season 2 individually packaged, collected CD…), and coming just in time for Christmas, is the official soundtrack release for the single greatest British television show* of the past decade – Killing Eve.

On the 2-disc CD version (the connoisseur’s choice), you have the full experience, which amounts to 41 tracks, totalling over two hours of music – almost all of it fantastic. The curators of the soundtrack, David Holmes and Keith Ciancia, were also joined by music director Catherine Grieves, in the meticulous construction of the music for the show – a role for which each of them have won a BAFTA.

Across the set you have a very fixed, tonally rich palette, which is ideally suited to the noir aesthetic of the show. There’s delicate, gauzy shoegaze next to smoky, punchy girl-group sounds, then you might find some slinky, Serge Gainsbourg-style funk next to a hazy torch ballad. The music of Killing Eve, much like many of the most successful TV shows, is an essential component of the overall experience for the audience, and this is no different.

On many of the original songs, Holmes and Ciancia were joined by Ciancia’s partner Jade Vincent, with their contributions to the soundtrack coming under the name ‘Unloved’. Unloved’s music was so successful on the show, that it has jumped straight out of obscurity and landed a record deal with Heavenly. The best thing about that turn of events is that it comes as an acknowledgment that the contributions from Unloved are the best things about the soundtrack, and are amongst the most recognisable tracks from the show (check out “When A Woman Is Around”, “We Are Unloved”, “Crash Boom Bang”...)

Of all the songs that weren’t written by Unloved, there are great tunes by The Troggs, Brigitte Bardot, Cigarettes After Sex, Le Volume Courbe and many, many others. The Season 2 disc features less material from Unloved, and as a result, it has a few more obscure gems (particularly “Screw You” by Ramases, which sounds like a demented Velvet Underground pastiche, and “Dangerous Charms” by the Delmonas, which has a fiery, Diddley-beat assisted rhythm beamed straight from a fifties diner in hell).

For any fans of the show, this would make a beautiful little Christmas gift – and it’d be a pretty great one for people who like good music. And then you can make sure that they watch the show; Season 3 will be out before long!