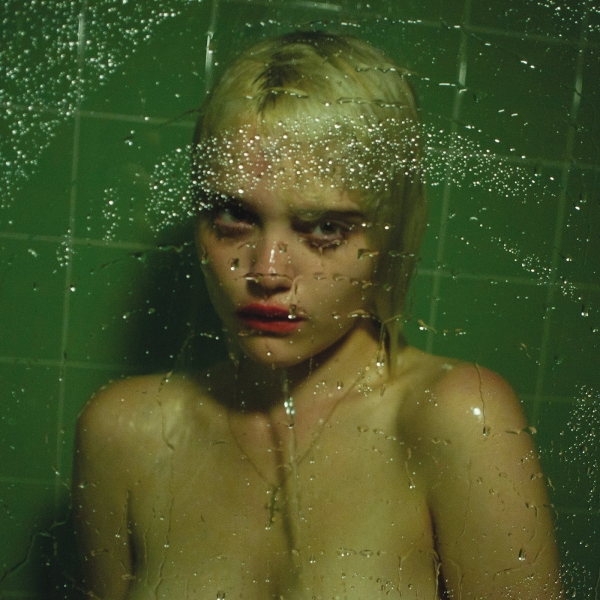 When I first saw Sky Ferreira live I knew it was love, or at least… well, something weird anyway. Not knowing any of the songs, it was her attitude that dragged me along – her edgy, pissed-off and bratty charm that hit somewhere between the Disney Channel and CBGB’s in a fucked up and wonderful pop hell. Over the months that followed I located a few tracks online and wasn’t as impressed, but now the album’s finally arrived, I get to experience her full assault. It’s to such relief that I find my love wasn’t just skin deep.

Find me in the pub on a weeknight and there are no suspicions about the fact this is one of my favorite pop records ever. I’ll take great joy in pissing you off about it. You see, this for me captures perfectly the crappy, gnarled-edged anthems I grew up listening to by Ash, Kylie , and The Ramones, from opener “Boys” to a panting title track closure. There’s a lot in this record you can relate to a 1990s youth, when maybe you didn’t feel so bummed or burned out about new music, that you might find your eyes closed, nodding from side to side on a train, or plane, or in the pub, with an imagined hairbrush in your hand. “Nobody Asked Me” for instance is the kind of song that a 13-year-old should love, but in truth probably wouldn’t fully appreciate. It’s only with a few more years on the clock that you can grasp this, and “24 Hours”, for the genuinely perfect moments of racket they are. Anybody that doesn’t agree that Night Time, My Time will stand test of time need only hear these two tracks, or get a beer in the face.

“I Blame Myself” is a bit different. Not so much kid-A-punk, more deranged 80’s throwback. Kind of a Cyndi Lauper homage with a fuzzing swell of vague beats and clicks in the background that kink into “Omanko” which tunes in even more static. It’s a strange mid-section, but only highlights the clear-mindedness of “You’re Not The One”, which despite a brashness that could be confused vocally for Gwen Stefani or Charli XCX stands to serve more of the hypnotic 80’s/90’s seesawing which defines the album. There’s not a dull second to be had, not a single argument to be made to avoid that pint in the face.

“Heavy Metal Heart”, a relatively lost song on Night Time, My Time when heard in isolation is a powerful indie-disco hymn which would be fodder for the world’s stadiums had Brandon Flowers wrapped his lips around it, as it sounds as though he could have. It has the bitchy drama and mood-lighting of the Yeah Yeah Yeahs, strained yet glimmering through colossal bar fights. It’s fierce stuff.

By this point the album has established themes. There’s the haze, the noise and the inescapable, flawless melodies which is verified best between “Kristine”, which almost floats away in its own mess, and “I Will”, a behemoth that somehow got cornered, tamed, and presented by eccentric showmen to flashing light bulbs and dazed socialites. If being a drunken teenage girl was a song, it would be this. If a whole album could sum up my juvenile years of prepubescent chanting along to anthems in the kitchen at house parties, it would be this. Much like the way Spector made the kind of pop album they wanted to hear as kids, I think Sky has made what she wanted to. Turns out, it’s what I wanted as well. If that’s not kismet I don’t know what is.