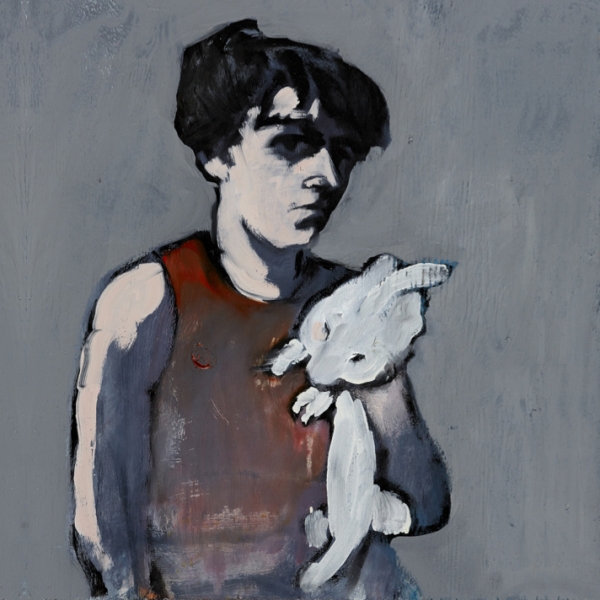 Sweeping in with strings and clinging to the air like the echoed acoustics of an old theatre, the “Intro” to sextet SixToes’ second collection sets the scene for “more of the same”, yet with an added gusto in a sort of Spanish-opera style: A dramatic beginning to announce the arrival of twice as many members as there were on debut album, Trick Of The Night (2009). Now, with the aptly titled The Morning After, their violin and cello-lead journey to a more mainstream audience takes a giant leap forward with the help of an old acquaintance.

To many, SixToes may be a more familiar name due to their remixes (or, perhaps more accurately, reworkings) of Depeche Mode tracks. Once a jagged explosion of electronics, SixToes took Sounds Of The Universe single “Peace” and turned it into an calm, acoustic, erm, piece. Perhaps as a thank you for this, and the other interpretations of DM tracks, Depeche frontman Dave Gahan features on “Low Guns”. His trademark angst-driven vocals enrich the group’s theatrical spectacles, with guitars initially swapped for war drums before a post-break build up to lush arrangements and a strange blend of melancholia and euphoria. Simply stunning, and by no means an easy song to get along with towards the string-heavy outro, but one that reaps rewards once that difficult task of turning off and opening a mind simultaneously has been achieved.

A folkier feel fuels songs elsewhere on the LP, with “Volume Song” built, as many of the numbers are, on playful guitar parts and poetic, storytelling lyrics. “Nobody Inn” is similar, telling the story of a drinking hole, but not exactly selling it to those looking for a “2 For £10 Menu” to take the family. Echoed vocals twist and turn, using alliteration and repetition (“a crashing bore, he hit the linen… and if there’s blood to spill he’ll spill it”) to create an almost hypnotic, or perhaps inebriated effect. Unorthodox rhythms play out and in and around throughout, with the vocals of (almost) title track “The Morning After Melodrama” seeming to float above and tangle in the “the waves” and tides” sung about, like a stream of ribbon in a changing wind, with deeper voices appearing to take the place of what would ordinarily be the cellos lines later on.

“The Russian Song” and “The Welcoming” (the former an instrumental perfectly portraying stereotypical imagery of snowflakes on grey stone Squares) aren’t unlike Bellowhead numbers, with the latter a sort of sea shanty (perhaps “feat. Cherry Ghost”), soundtracking the journey from Russia back to England’s moors (“Oh the moors, I could listen for hours”) - which isn’t the first time the dark wetlands are mentioned. On “Hawthorns” the storytelling is taken to a new, almost Penguin Classic standard, on a tale of how “Up on the Yorkshire Moors her father built a house…” which almost becomes its own Nobody Inn. So tongue-twisting and lingering are the lyrics that gasps for breath can be heard on the track, only adding to the windswept imagery.

Perhaps it’s the timing of this review, but SixToes’ creative output is the sort of sound which would be welcomed from a small stage on a sunny Glastonbury afternoon; “Zen Box” creeping from the Healing Fields – the perfect antidote to finding Zen between late nights and huge headlining acts. And in its own right, it’s perhaps the song with most pop song elements, with lines of “Take me on now, ahhh…” giving the impression of a slowed down, string heavy a-ha reworking. But if they can make Depeche Mode sound delicate, there’s probably nothing that these grand thespians of rhythm and words can’t do.