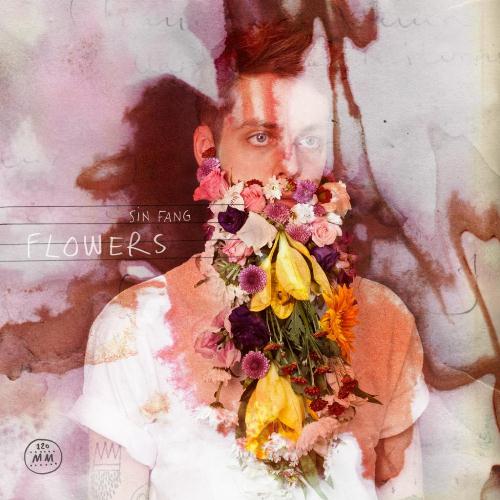 There’s a sprawling sound to the record, a vastness that becomes abundantly apparent when you find out that Alex Somers, producer to Sigur Rós, also produced Flowers. This lion-hearted effort is imbued with the hugeness of nature, unrequited love and operatic folk-pop, which together help to express a growing confidence with Sigfússon, with moments where it feels like a coming-of-age saga.

‘Young Boys’ owns the biggest pop hook Sigfússon has written – its grandiose “ooooohhaaaaahhoowaaooh”-ing backing a chantable motif: “We were young boys smoking in the woods/I showed you how, I showed you how”. It jangles and twinkles, conjuring visions of snow-dusted pine forests and the kind of parties only Smirnoff or Rob Da Bank can pull off. It’s decisively teenage, but it’s not immature; it revels in the immediacy and the freedom of youth, an anthem in every sense of the word. ‘See Ribs’ dishes out lashings of shoegaze indie-rock, with battering-ram drums and sea-foam guitar compelling movement. It squeals, it screams and it leaves the folkier aspects of Sin Fang by the wayside, opting for a more electronic approach drenched in effects.

Flowers is home to the same kind of enriching, uplifting pop music as bands like The Polyphonic Spree or Walk The Moon. The sounds are thickly textured. It’s intense and heart-warming, and for lack of a better phrase it really is ”life-affirming”: it begs joy, it invokes hope. This is a compilation of rewarding music, that skitters through a variety of genres, never really settling down too long into any one conventionalised sound before shooting into something fresh. The overriding themes of exploration, love and freedom run through each cut of the record, providing a solid centre for the experimentation. Alex Somers’ hand has clearly had an influence, directing Sigfússon down a new – but ultimately richer – path. Praises cannot be gushed enough.

‘What’s Wrong With Your Eyes’ has deep synth bass, tinkled keys and distorted vocals: it’s suitably epic and almost mechanical. Faint brass and strings seep into the frame. It’s climactic, as if building to a denouement, but in reality the music stops short of whacking everything up to eleven and delivering that final release. It’s almost frustrating that we don’t see the payoff. Lavish melodies herald ‘Look At The Light’, a snare-frenzied effort with spacey vocals, night-time echoes and military horns. ‘Catcher’ burns slow, with an intro lasting almost a minute. Led by pianos, the quasi-jazz ditty also features tribal yelps and resounding, scornful brass. Post-rock in structure but glimmering indie-pop in tone, the music eventually descends into blissful cacophony.

Flowers is a terrific leap forward for Sigfússon. It works as a confident masterpiece, weaving a sonic narrative of growing up and one-sided loves, backed by tender chunks of stimulating noise. Each track is home to a unique sound, utilising a wide array of instruments – ranging from standard guitars and bass, to wild synth sounds and symphonic string quartets – to make the album a colourful listen, and one that clings tight to your interest. It can be powerfully sweet, but it’s never twee. It’s often busy, but never cluttered. Flowers is, put simply, a beautiful album.