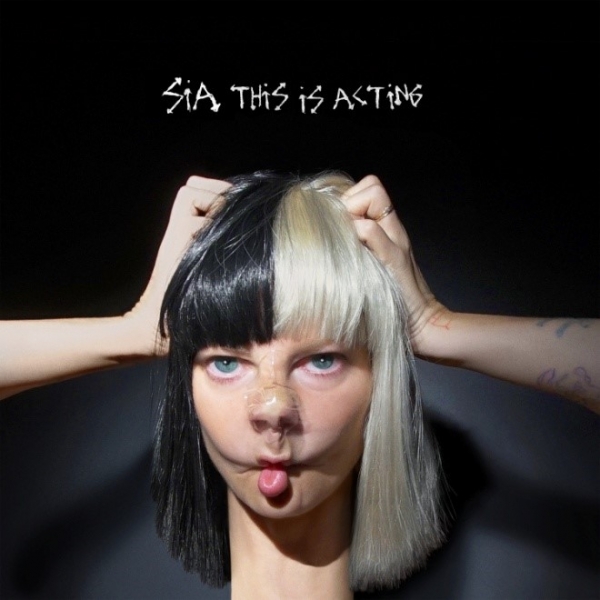 When Sia returned with “Chandelier” in 2010, it proved to be the Australian singer’s biggest hit to date. The accompanying album 1000 Forms of Fear, was actually her sixth full length effort, but beyond her native Australia she hadn’t a huge impact.

But Sia Furler is, arguably, one of the most interesting pop stars performing today. A supremely talented singer and song writer, she been written with some of the biggest stars on the planet, co-writing "Diamonds" by Rihanna, and "Pretty Hurts", the opener to Beyonce’s surprise 2013 album, as well as working with Kylie Minogue, Christina Aguilera, Jessie J and Rita Ora, to name but a few.

"Chandelier" propelled her to super stardom, but she did a remarkable job of keeping herself out of the limelight. Despite the fact that the video has over a billion views, she managed to make several high profile TV appearances while facing a wall, letting Kristen Wiig, Lena Dunham and the star of her video trilogy, Maddie Ziegler perform for her, which covering her face at every red carpet appearance.  Adding notable weirdo Shia La Beouf into the mix with a remarkable performance along side Ziegler in the "Elastic Heart" video, Sia achieved the most high profile campaign for an album without ever showing her face.

And so to her new record, This Is Acting, an apt title for someone who never chose engage with fame. By her own admission, her new album is a selection of songs written for various high profile pop singers that never cut the mustard.  Choosing to emerge from the shadows slightly more this time around, she gave an in depth interview to Rolling Stone in which she described her songwriting process as being very much like acting, taking beats and instrumentals that sound like they could suit, say, Rihanna, and purposefully writing lyrics to fit the artist.

It’s a fascinating approach. In an era where so many of the songs you hear on the radio are dominated by the same four or five writers (Max Martin, Dr Luke et al.), it’s refreshing to hear a voice speak so openly about the cynicism of the industry but at the same time, lay herself so bare as to admit that the biggest stars on the planet didn’t want her music.

The cobbled together collection of songs does, inevitably, sound very disparate and disjointed. Lead single "Alive", is an enormous song, focussing very heavily on the build up of the vocals, with Furler delivering an incredible vocal performance across the chorus, in much the same manner Adele’s smash hit "Hello". It’s perhaps unsurprising that it was originally intended for Adele’s record breaking 25, and features her as a co-writer. One could argue that it could have livened what ended up being a pretty bland listen, but 25’s loss is very much This Is Acting’s gain; a catchy, in your face smash that begs repeated listens.

"Move Your Body" is at the other end of the spectrum, a somewhat irritating dance track that harks back to Sia’s history of collaborating with the likes of David Guetta, a huge Euro-pop beat with simplistic lyrics.  "Cheap Thrills", a reject from Rihanna’s ANTI, seems designed to soundtrack pre-club drinks in a student bedroom, before you pile into a taxi to dance to "Move Your Body" at somewhere that does test tube shots. Then there’s "Reaper", which lists Kanye West as a co-writer (although Furler states that he never actually turned up to the writing sessions), and album opener "Bird Set Free", a powerful piano led track, which I would have guessed was the Adele track on first listen.

"This Is Acting" doesn’t work as an album in the traditional sense, but that’s absolutely fine. That’s not the point of it. What it does to, brilliantly, is shine a light onto the songwriting process, how these huge hits come together, and how a handful of people are responsible for so many of the tunes you hear on the radio. You hear occasional stories of massive hits being shopped around, of how "Umbrella" was originally turned down by Britney Spears, or how her hit "Toxic" was rejected by Kylie. If you’re a pop fan, "This Is Acting" allows you in to that process, imagining who the original artist was intended to be. It’s a brave act on Furler’s part, to stand up and present a body of work that so many other people deemed not good enough, but ultimately, it’s a great collection of pop songs, cynical or not.