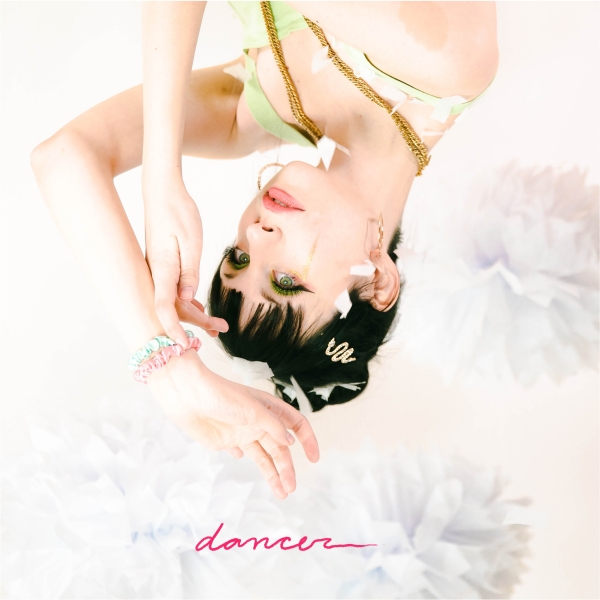 As top of the class graduates from the Julien Baker School of Melancholic Indie, Shortly are providing a study in blending emotional vulnerability with their very own concoction of delicate Americana.

As the Detroit band developed from the solo project of guitarist Alexandria Maniak to a group of loveable noiseniks, there came a similar thematic galvanisation within the band’s output. Diving head first into their 2018 debut EP Richmond, it proves a scrutinous lens into Maniak’s battle between self and faith. With their debut album Dancer, Shortly strives to reconcile Maniak’s distant past and present reality with exultations and fanfare. From the sound of things, there’s no way in hell they’re going to go down kicking. Right?

Opening with the vocoder-led “The Lightness”, saccharine harmonies chime with the most blissful of emo-tinged guitar loops and pitched-up vocalisations, swan-songing listeners into a release of contemplative indie. The way that Maniak’s vocals accent this momentum is conscious of this past-present dichotomy the band clearly want to distinguish, but become lost in a way that falls more than lifts. Their quivering vocals are undoubtedly tenacious, warring between conscious maturity and jovial adolescence, yet is one of many things that gets caught up in the glossy plasticine wash of the album’s production.

The dotting background vocals at the beginning of “Now Now Now”, the irritating scratches of percussion on “Science” and “Perpetually Blue”, the millennial drinking song rhythms that are scattered throughout the album are all steeped in a faux-inspiring stupor. There is something very dated about Dancer’s sound, something that’s confirmed by the late 00s poptimism of “Frame of Reference” where it feels estranged from any kind of reinvention but instead a desire to stay in the past.

There’s no doubt that Maniak is an incredibly talented lyricist. In a genre where uncomfortable confessionalism reigns supreme, their perspectives remain uniquely theirs as they draw upon sketches on codependency and the pain of unbelonging. A standout track remains “Song of Sam”, with the guitarist’s lamentations of “You’re somewhere in my chest” aching more like the dull blade of a dagger each time.

Shortly’s first full-length release exhibits the lyrical vulnerability and visible promise of an excellent outfit, yet their production and sonic composition craves this warmth.