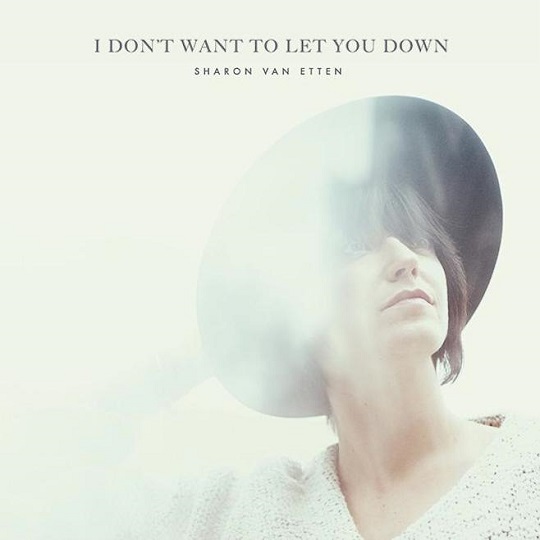 It’s a loud, frivolous world. We have to ensure that everyone knows how we’re feeling, what we’re thinking, what we believe in. And if no one’s listening or hearing you, why, BE LOUDER of course.

I’ve not been gobsmacked by an album like I was with Sharon Van Etten’s Are We There for easily a decade. I’ve sadly never met Sharon, but I’ve read and watched a number of interviews and she never fails to exude a quiet charm, radiating an infectiously easy affability. She’s just as plainspoken on record, yet her ability to snare emotion and cut it deeply comes as strikingly natural as her off-record good-naturedness.

Inter-album EPs are often viewed as simply appeasing stop gap material, yet the timing of I Don’t Want To Let You Down suggests Van Etten’s creative cup runneth over. Fortunately, it’s not simply the timing as the songs on I Don’t Want To Let You Down easily stand toe to toe to Are We There. Van Etten covers similar thematic ground here, exploring the emotionally complex intersection of power and vulnerability, independence and reliance, an area where she is second to none.

The title track’s self-conscious desire to please her partner drifts into “Just Like Blood”s dark underbelly of said partner firing Van Etten up and leaving her out to dry:  “you set me off just like a gun / then you run just like blood”.  “I Always Fall Apart” and “Pay My Debts” are respective sonic cousins to Are We There’s “I Love You But I’m Lost” and “You Know Me Well”, Van Etten unabashedly admitting her shortcomings, coolly and confidently proclaiming “I know myself better than you do” in the latter, the EP’s simmering highlight.

Of course, penning searing and direct words is half the battle, yet Van Etten continues to shrewdly display her knack for arrangement on I Don’t Want To Let You Down.  First, that voice; Van Etten displays dexterous control over her immaculate vocals, from the falsetto of “Just Like Blood” to the resonant staccato phrasing of “Pay My Debts”.  And, as always, her bandmate, Heather Woods Broderick, proves her perfect harmonic foil throughout, their vocal melodies peerlessly winding through and between the string and woodwind accents Van Etten pulls so much mileage from.

There simply is no contemporary songwriter that speaks so plainly, yet so devastatingly, to the darker matters of the heart as Sharon Van Etten.  Her intimacy is so palpable that the silence in the room once the record stops is jarring.  Van Etten needn’t be loud nor shout in our faces; she speaks sincerely, she says it easily and perfectly, the ultimate tonic to the screaming heads we’re so often surrounded by today.