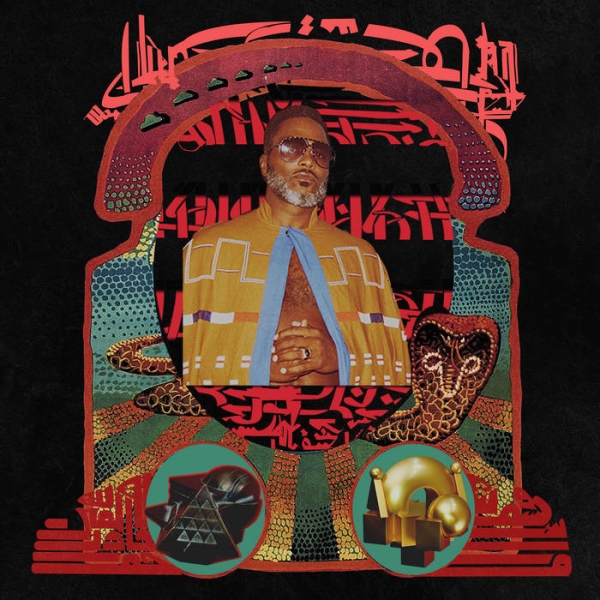 While the now-defunct trio of Digable Planets sat at the helm of a short-lived boom in the early-to-mid 90s, the group were one of many who helped revolutionize the genre of classic hip-hop. But as they sought to rebrand a sound, a huge part of its draw was an audience that helped back their message.

As their creative spark brought to light the growing struggles of political and societal distress, its result triggered a surge for truer change where corrupt ideologies and fractured systems were held to a level of accountability. Digable Planets served not just as a beacon for collective solidarity, but a group deeply-rooted in advocating for equality and peace. While the trio only produced two full-lengths before its demise, group leader, Ishmael Butler, has since transferred a version of that desire to his longest mainstay and a first without longtime collaborator, Tendai Maraire.

Roughly over a decade in, Shabazz Palaces have reshaped our perceptions of reality under their cryptic, illustrative take on hip-hop. Now five albums in with The Don of Diamond Dreams, we’ve come to expect that a release from Shabazz Palaces is going to feel like a production, and on that basis we’re likely to get our fair share of puzzling objectives amongst outlandish themes.

2014's Lese Majesty was an album broken down in suites, while the eccentric storytelling from Quazarz: Born on a Gangster Star and Quazarz vs. The Jealous Machines, Butler, and at the time, Maraire, proved they were possessed to work their signature aim through a variety of lenses. When Butler expands a particular vision, he’s shown opting for a more concise alternative in its place.

The Don of Diamond Dreams has plenty of mass appeal regardless of its unconventional style, but still Butler entices us just enough by adding bits of flair to its top tracks. The end of February saw the LP’s first single, “Fast Learner” – a rather musing first taste, but one that rounds out nicely with a vocal guest spot from Purple Tape Nate. Tracks like “Chocolate Souffle” shuffles with avant-funk while “Bad Bitch Walking” packs tight with its cosmic groove. “Money Yoga” sounds as mainstream as Shabazz Palaces could get and manages to steal the show as one of the albums best tracks.

Even during its finest, though, The Don of Diamond Dreams has moments that don’t pan out. Filler tracks like opener, “Portal North: Panthera” and “Portal South: Micah” are take-it-or-leave-it; it’s likely you wouldn’t even notice had they not made the cut. “Thanking the Girls” shares similar problems. Albeit a longer runtime, it’s by far the flattest, most meandering addition. But overall The Don of Diamond Dreams criticisms are rather small. As a whole, its function serves a solid purpose. Tracks like the excellent “Ad Ventures” are quintessential Butler working celestial magic.

Album closer, “Reg Walks By the Looking Glass”, is unparalleled. Its vibe envisions a neon-lit summer’s night around the bend of a city somewhere – wind hitting your face, and stuck in slow motion, but the track then visits another dimension with a guest spot from saxophonist, Carlos Overall, who inevitably spins gold underneath its psych-soul jam. Butler’s grit is beyond impressive here, but while it’s not surprising the distance he’s willing go to create a moment, it’s rather what he uncovers while he’s there.