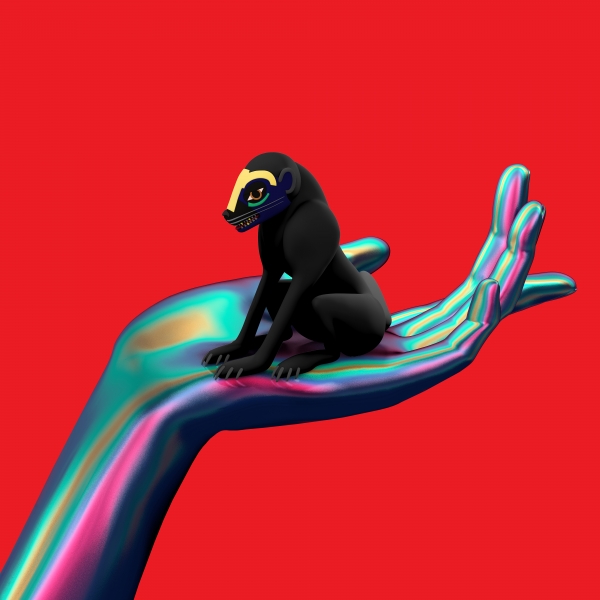 “Art is not a handicraft…it is the transmission of a feeling experienced by an artist.” There’s a hell of a cultural distance between Leo Tolstoy and Aaron Jerome, but this is one statement that seems to hold true either side of the divide. Whether it’s Tolstoy’s weighty prose on love, life and everything in between, or Jerome’s fluorescent, post-dubstep wonderings; at the heart of both endeavours is the communication of raw, ineffable emotion. With SBTRKT’s self-titled debut, he succeeded in crafting a starkly coherent self-portrait of shadowy, melancholic unease. The arrival of his follow-up, Wonder Where We Land, poses a tantalising question - whether Jerome could match the tangible emotional resonance of that debut.

The answer? A resounding and definitive ‘sort of’. Wonder Where We Land is an infuriating record boasting plenty of hits and just as many misses - for every knockout blow, there’s also a swipe at thin air. For every track that takes you by the collar to whisper desperately, frantically in your ear, there’s another that does nothing but mumble blithely whilst looking at it’s shoes. Take the title-track - "Wonder Where We Land" is a brooding, malevolent number, roiling with insistent static and whirrs of white noise. It’s SBTRKT as we’ve always wanted to hear him, with the gloves finally off and none of the inhibiting self-awareness that you suspect has stayed his hand in the past. It’s an arresting vignette of theatricality and drama, one that gives the most tantalising glimpse yet of Jerome’s potential.

And then there’s "Higher", the barnstorming track featuring rap newcomer Raury. Here the production is more understated, SBTRKT providing the skittering canvas for Raury’s rapid-fire lyricism. We’d not heard many rap collaborations before this point and the tracklisting threw up some questions on just how it could be incorporated into that idiosyncratic SBTRKT sound. Any doubts, though, are unnecessary - the track is one of the record’s strongest, and it’s a trick Jerome repeats with A$AP Ferg on the drug-induced fugue of paranoia that is "Voices In My Head". Sampha is, as ever, a frequent contributor, and it’s his smooth r’n’b vocals that gives the album some of it’s best moments - "Temporary View" is an especially silky cut of dulcet soul.

What these tracks expose, however, is the deficiency at the heart of Jerome’s project - that is, a reliance on his collaborators to bring the heart and soul that makes his music breathe. On Wonder Where We Land, it’s impossible not to think that without that spark of life provided by Sampha, Raury and A$AP Ferg, SBTRKT struggles to nurture that emotional resonance. The Jessie Ware track is a big ball of nothingy nice-ness and really nothing much else, while Caroline Polacheck’s ‘Look Away’ is actually downright grating. It is telling that one of Wonder Where We Land’s most affecting moments is when we hear Raury talk about his father - with the offhanded and yet painfully pointed admission that "he doesn’t bother me at all now", Raury wears his emotion on his sleeve in a way that Jerome seems unable to do alone.

And then there are SBTRKT’s instrumental tracks, featuring no guest appearances. On his debut album, Jerome very rarely ventured forth without a guest artist in tow - in fact, in amongst all the credits to Sampha, Jessie Ware et al, the record features only two tracks without a listed collaborator. It’s similar story on Wonder Where We Land - just a handful of SBTRKT-only credits, and with the exception of "Lantern" (a trap-inflected banger than sounds like Jerome has spent a few nights lurking in Rustie’s bedroom with a dreamcatcher and a jam jar) both of these tracks fall rather flat. There’s a couple of interlude-style tracks that ultimately serve only to make the record feel rather bloated, while "Everybody Knows" lacks the immediacy and directness of the album’s best moments.

Wonder Where We Land is then rather more of an indictment of contradictions than a clear-cut exposition of Jerome’s undoubted talents. What we hear is a man playing conductor, curator, ringmaster, director - a brilliant facilitator, yet one never quite able to hold his own on the stage of his making.