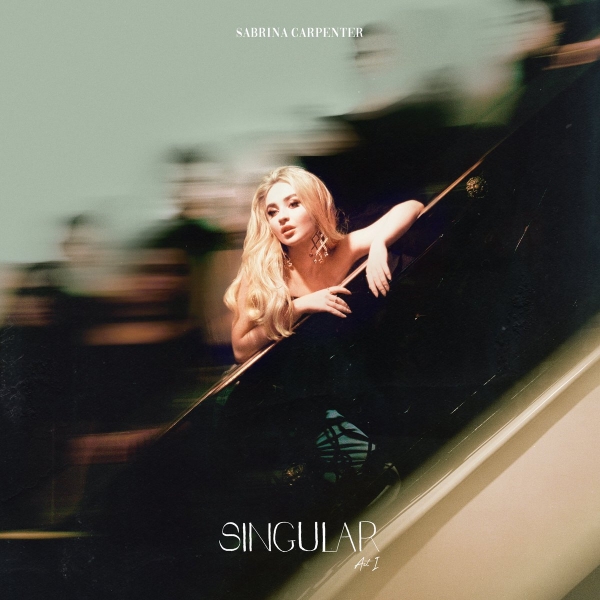 Sabrina Carpenter has always displayed a knack for crafting – and curating – strong pop releases, but Singular: Act I sees her hone these skills further, resulting in her tightest, most polished project to date.

While her sophomore album EVOLution symbolised Carpenter’s departure from the folk-flecked pop of Eyes Wide Open, Singular: Act I feels like an even larger progression from the LP preceding it – not necessarily just through her shifts in sound, but in the way it heralds her arrival as a fully-fledged star. This is immediately apparent on “Almost Love” – the album’s lead single and opening number – a commanding, urgent call-to-action for a relationship that needs to take its next step, pushed forward with intermittent whistles and drums.

The album goes on to explore a range of sounds, from “Hold Tight”, a stellar slow jam that kicks into high gear for a huge, stuttering chorus, to “Diamonds are Forever”, a swaggering, theatrical belter. These different leanings are all tied together by Carpenter’s now distinct, confident presence - which shines throughout the LP and imbues its tracks with a unifying sense of self-assuredness, regardless of how they choose to recount relationships both old or new. On the glimmering “Mona Lisa” she spurs on a potential love interest into finding the courage to approach her; the album’s excellent first promotional single “Paris” brings in bells and synths as she sings of returning to an old muse after exploring a new city; and the appropriately titled “prfct” places her vocals at the forefront of a track about embracing the unexpected turns every relationship takes.

Carpenter approaches sourer subjects with a similar sense of self-assuredness. “Sue Me” is an anthemic mid-tempo number about exiting a relationship with the same aplomb as she entered it, and on “Bad Time” – the album’s second promotional single and an undeniable highlight – she gleefully turns the tables on a serial flake. The latter track is also perhaps the best example of the lyricism and pop sensibility Carpenter brings to the album as a whole – creating image-heavy scenarios that are then exploded into a chorus with sticky hooks and a massive pay-off. And though Singular: Act I is described as the lead half of a larger project (with Act II slated for release next year), it’s moments like those, and there are many of them, that make the eight-track album feel like a complete production. It’s certainly no small triumph that Singular: Act I stands so firmly by itself – and its creation marks an exciting new phase of an artist properly coming into her own.