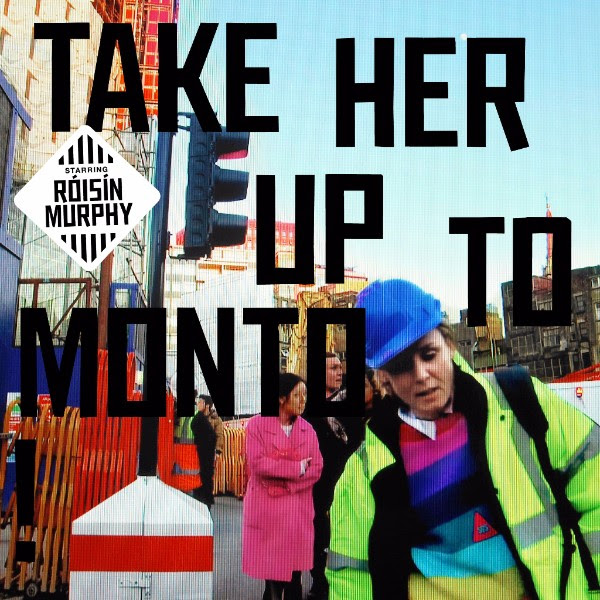 Róisín Murphy has been on something of a winning streak: her last LP, Hairless Toys, garnered her a nomination for the Mercury Prize. Inspired by Paris is Burning, the iconic documentary on the underground ball culture of 80s New York, the LP sparkled with the sounds of a golden age of house and echoed both the joy and the tragedy of this era of counter-cultural sexual liberation, driven by queer and trans communities of color.

Though similar in its sound, Take Her Up to Monto draws inspiration from very different sources. Murphy and her collaborator Eddie Stevens composed much of the material for both this LP and the last at the same time, but Take Her Up draws largely on Murphy’s own personal experiences.  The title comes from an old Irish folk song her father used to sing (which also appear’s in The Dubliners) and much of the LP is themed around Murphy’s current home: London. It’s nostalgic, just as Hairless Toys was, but in a way that is grounded far more in Murphy’s own lived experience.

Much like her last LP, Take Her Up glides through genres with careless ease. The LP’s disco-inspired lead single, “Mastermind”, slips from the carefree to the subtly sinister. “Pretty Gardens” takes a lead from Kate Bush, skipping down the garden path with the sound of strings, as Murphy imitates the hushed tones of Bush reciting Molly Bloom’s soliloquy on “The Sensual World” (as if to keep the Joycean musical references going). It’s a monologue of surreality and sexuality.

“Lip Service” provides a slice of bossanova-infused lounge jazz, while “Ten Miles High” is propelled by dramatic drumbeats and what sounds like Murphy’s best Grace Jones impersonation. “Whatever” lilts along, dreamlike, before leaping into the up-beat and off-kilter “Romantic Comedy”.

Taker Her Up to Monto continues Murphy’s reemergence as one of the most interesting and chameleonic electro artists of the moment.