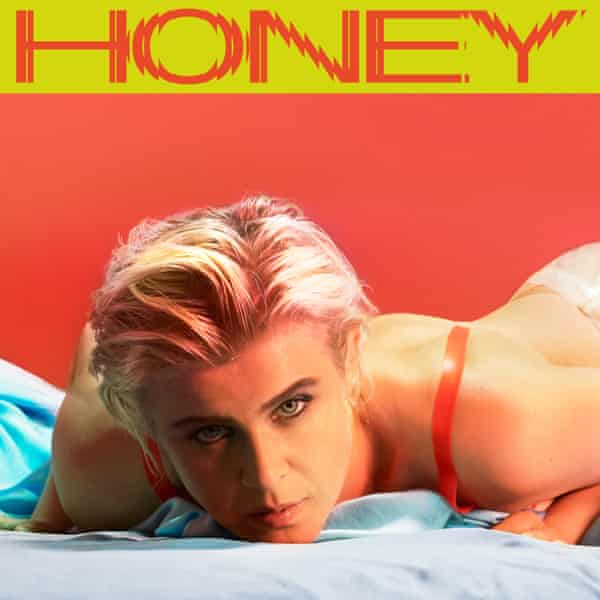 How many strategies for surviving heartbreak do we exhaust in a lifetime?

Drinking, dancing, sex, drugs, talking, therapy, distraction, comfort, harm – a thousand flips between self-flagellation and self-soothing. Robyn’s entire discography could be characterised as a complex response to heartbreak. 2010’s Body Talk was felt as much as heard: its harsh beats and cutting lyrical specifics were a workout and a working-out of abject misery primarily situated within the catharsis of the dancefloor. Its long-awaited follow-up, Honey, occupies the same physical space, but sees Robyn being kinder to herself and learning to trust her instincts – a new blueprint for healing.

Opener “Missing U” serves as a coda to Body Talk’s cyclical sadness: a jewelbox of spiralling synths filled with hyper-specific imagery – reminders of lost love discovered in pockets, buried in pillows, washed up on beaches. Robyn retraces the voids that heartbreak left her with, like stabs in an already broken heart, until she “turns all my sorrow into glass”. “Missing U” follows the formula of “Dancing On My Own” or “With Every Heartbeat” but is no less astonishing because of this clear lineage.

Robyn’s familiar melodramatic obsession is shed like a coat at the door, however; and the rest of the album looks simultaneously forward, outward and inward. In pre-album interviews, Robyn described how the album stemmed from sessions on the dancefloor, in clubs around the world – newfound sanctuaries from the (temporary) breakdown of her long-term relationship, and the death of her friend and collaborator Christian Falk in 2014. This inspiration manifests in songs that deal less in specifics and more in pure feeling. “Human Being” and “Baby Forgive Me” are driven by the same melancholy as “Missing U”, but aren’t contained within recognisable structures: instead, waves of synths and house-inflected grooves are punctuated with stripped-back lyricism. The songs are led by instinct; given space to grow and develop organically.

There is a sense of exploration and freedom emerging from the rigidity of heartbreak. The title track — a slow-burn that gradually reveals itself as a masterpiece — builds a complex expression of desire around a simple structure. This intuitive approach continues as the album moves on from melancholy into something more carefree and lighthearted. “Between The Lines” is a facsimile of a ‘90s house track that bounces and weaves as Robyn experiments with contrasting vocal inflections. “Beach 2k20” is the oddest track on the album: something of an interlude that folds superficial chit-chat into light electronics, but isn’t quite pitched right.

Honey concludes on a note of clarity with “Ever Again”. For all her deft expressions of complex emotions, Robyn is also talented at transforming repetitive platitudes into something otherworldly. Like her earlier refrain, “and it hurts with every heartbeat”, the repeated promise of “I’m never gonna be broken hearted ever again” has a deep-set conviction: a self-fulfilling prophecy.

On first listen, the absence of a nihilistic mantra to grasp onto may disappoint fans, but the deceptively simple pleasures of Honey open up with each listen. Robyn is trusting her instincts; finding care and wonder in the spaces she once went for punishment. Listening to Robyn’s music is itself a heartbreak survival strategy for so many of us: we’ll always need the hurt of Body Talk, but the soft liberation of Honey could sustain us — and Robyn — for longer.