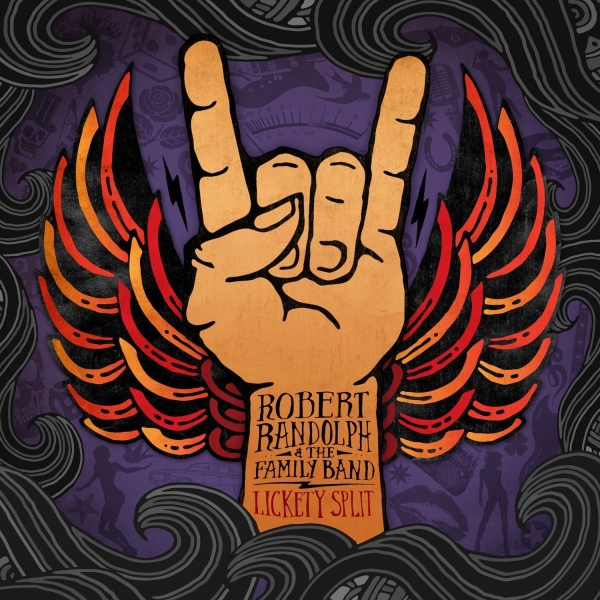 The animation of Robert Randolph is incredible to behold. Whether taking in one of his six albums or catching the live experience, Randolph is perhaps the only artist equally at home on a summer festival stage or a Pentecostal tent meeting. Either way, there’s no denying that a Robert Randolph release is a spirited affair.

Randolph’s last proper studio release was a masterwork with T. Bone Burnett at the helm entitled We Walk This Road. The album drifted somewhat from Randolph’s funkier delivery to marry Randolph’s talents with snapshots of musical history. The end result was an archival release both important and inspirational that landed on many “Top Album” lists in 2010.

Three years later, Randolph has returned to his roots with Lickety Split, an album steeped in his signature mix of gospel, soul, funk and rock and roll. Randolph’s mastery of the pedal steel placed him on Rolling Stone’s Top 100 guitarists and the instrument is front and center for most of Lickety Split’s 12 tracks. In short, Randolph has come home and he’s never sounded better.

The opening strums of ‘Amped Up’ kick off Randolph’s ‘Welcome Home party, and it’s hard to tell whether the Jersey native is jump-starting a church choir or hosting a raucous hoe down. Randolph’s at home in both the sacred and secular, and it’s impossible to differentiate in a Randolph tune. Not that you want to.

‘Born Again’ is a gospel testimonial where Randolph sings of the “change in his life” and “how his soul is satisfied”. It’s here that Randolph’s smile breaks through in song as a familiar gospel choir backs up his spiritual story. Next up is ‘New Orleans’, an inventive blend of stomp-along spoken word and summery sway. It’s an instant highlight and is the first time on Lickety Split that Randolph spreads his wings.

Lest you think he’s tired, the album turns up the energy once again and maintains the funk for the next several songs. ‘Take The Party’ and ‘Brand New Wayo’ combine for a punchy one-two that’s perfect for a summer soundtrack. Searing blues guitar riffs set apart the former while the funky call and response of the latter elevate the energy even more. Randolph’s call for some Bootsy Collins and B.B. King only enhances the flavours within. Another highlight on the album is Randolph’s take on the funky ‘Love Rollercoaster’, originally recorded in ’75 by The Ohio Players. Several covers have come and gone to varying levels of success, but Randolph’s version slinks up the bass, slows down the groove and injects some depth.

While Lickety Split also boasts guests like Trombone Shorty and Carlos Santana, Robert Randolph is the unquestioned star here. He is a living legend operating in his wheelhouse, and this release should be savoured as such.