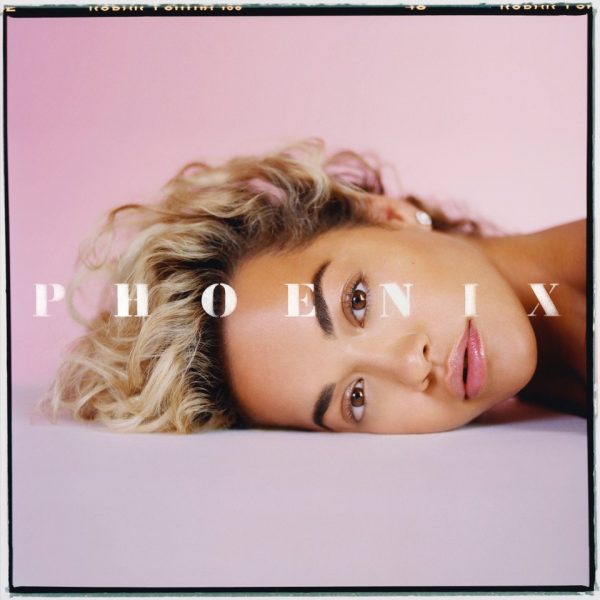 It’s been over six years since Rita Ora’s last album was released. Her debut project, titled ORA, set the stage for her to join the ranks of pop’s most reliable stars - debuting atop the UK Albums Chart, spawning two number one singles (not including her DJ Fresh collaboration “Hot Right Now”), and a top ten hit.

The fact that Phoenix arrives to her star power being greater than ever despite this extensive wait is certainly a testimony to her capabilities as a businesswoman, but her continuing success as an artist also comes down to Ora’s keen ear for high-quality hits. The majority of these hits make up the first half of the album; “Anywhere” and “Let You Love Me” are the first two tracks on Phoenix – both gorgeous examples of songs that manage to merge a sense of wistfulness with a stubborn determination to stay rooted on the dancefloor. “Your Song” comes in at number five, and again captures what’s now become Rita’s new calling card of emotionally apprehensive pop blasts. Her single with the late Avicii is a slightly jarring inclusion that comes in before the aforementioned track - as a song that very much places Ora as a secondary act on its roster, it’s a brief moment of anonymity in an otherwise stellar first half.

In fact, it’s most of Phoenix’s collaborations that seem to hurt it the most. “For You”, for all its grandiosity, is still weighed down by Liam Payne’s limp contribution to the song, while the ill-fated “Girls” takes far too much time away from Ora in favour of a cluttered line-up of featured artists – a move that turns the song from a sweet confessional into something that’s too chaotic to properly connect with. Ora’s duet with songwriter extraordinaire Julia Michaels is a pleasant, if non-essential addition; despite the talents of both acts, the song never challenges itself to become more than what it starts off as.

Thankfully, the album’s success stories far outnumber its missteps. “First Time High” is a gloriously giddy, head-over-heels dedication to a reinvigorated love, and “Hell of a Life” captures the same drama of “For You”, but with layers of added sensuality and glamour. Most impressive of them all, however, is “New Look”, which again taps into Ora’s winning ability to communicate and balance delicate, conflicting feelings. Poised, self-assured verses suddenly crack into a panicked, confrontational chorus - a heady mix of sheer pop perfection. Phoenix shines when Ora works in this manner, giving tracks like “New Look” a dynamism that only continues to pay off with every repeat play. And while some of the artists brought onto the project feel more tactical than functional, when Ora is placed in the spotlight she tends to deliver - a truth that shouldn’t surprise anyone who’s kept up with her career. Ultimately, Phoenix is not so much a comeback record as it is the sound of an artist who’s always persevered.