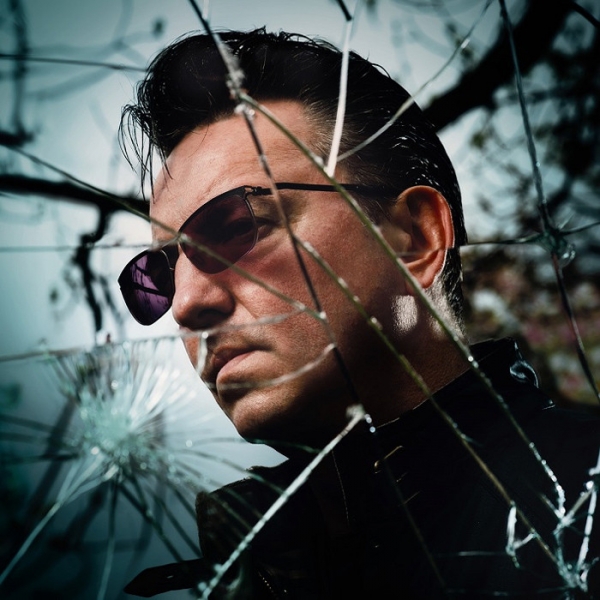 There ought to be some sort of an investigation into Richard Hawley‘s impact on Sheffield’s tourism trade. Who knows how many visitors to the city may have chosen to spend a few extra hours there in order find out just what Coles Corner is and how get to Truelove’s Gutter, all thanks to Hawley’s habit of naming his albums after locations in his beloved hometown?

Hawley's eighth studio album maintains the tradition; Hollow Meadows is named after an area of the city where the Hawley family is believed to have resided between the 13th and 17th centuries. The album is a sort of a return to the roots in other ways, too. Recorded after a period when two consecutive injuries put Hawley out of active duty for a time, Hollow Meadows strips back both the dense walls of feedback-crusted guitar noise that characterised 2012's uncharacteristically bristly (and top three hit) Standing At The Sky's Edge and the epic structures of 2009's Truelove's Gutter.

Instead, Hawley and co-producers Shez Sheridan and Colin Elliot opt for a leaner, uncluttered sound and an emphasis on songs and vocals over textures and dramatic build-ups. As such, Hollow Meadows has a fair bit in common with Late Night Final (2001) and 2003's Lowedges, two recently reissued, strong records released early in Hawley's solo journey, before the drizzle- and string-splattered widescreen longings of 2005's Coles Corner catapulted him from a cult crooner into a Mercury Prize nominee.

The production on the album is a marvel. Richly, alluringly detailed yet, somehow, simultaneously hushed and minimalist, these tracks seem to breath freely and float along weightlessly, even as the intensity and amp settings kick up several notches on "Which Way" and "Heart of Oak". Often, there are multiple guitar tracks (as you'd expect on a record where every make and model of the instrument used is listed in exhaustive detail) but these comprise of the polar opposite of frenzied soloing or foot-on-monitor riff action; witness how the softly strummed, endlessly repeated acoustic chords imbue the haunting, immensely moving ode to the impermanence of everything that is "Nothing Like a Friend" with a soft yet still unstoppable momentum. Using demo vocals on some tracks is also a good move; Hawley's vocals might have a more audible nicotine coating than usual during the soaring chorus of "I Still Want You", the album's big romantic balladeer moment, but having his voice quite literally crack with emotion only adds to the song's power. At the opposite end of the hoarseness scale, Hawley handles the high notes of the piano-led, delicate "Tuesday pm" with maximum care.

If there's one reservation about Hollow Meadows, it's that - ironically for an album that turns the spotlight on the tunes - it doesn't quite pack the songwriting peaks of the last few Richard Hawley albums. There are great songs here - the gently throbbing "The World Looks Down", with its subtle echoes of Prince's "Raspberry Beret" and an impeccably expressed disquiet at the isolating effects of modern technology, the raw emotion of "What Love Means" - but nothing - with the exception of the breathtakingly powerful "Nothing Like a Friend" - packs the hefty punch of, say, "Leave Your Body Behind You" or "Remorse Code". In this sense, Hollow Meadows feels similar to 2007's Lady's Bridge, which maintained the mood of its justifiably lauded predecessor, Coles Corner. Looking past the birth of rock music as we now understand it for musical inspiration, comprehensively unwary of unfashionable degrees of deep feeling and romantic sincerity, and mired in equally rare themes of home, family and long-term relationships, Hawley's certainly cemented a songwriting style by now.  However, his truly great albums tend to freshen things up by rearranging and adding to the toolkit whereas, by trekking back to earlier, unadorned works, this one maybe feels a bit too familiar. That said, it's still easily impressive enough for visitors to Sheffield to want to check out Hollow Meadows, too.