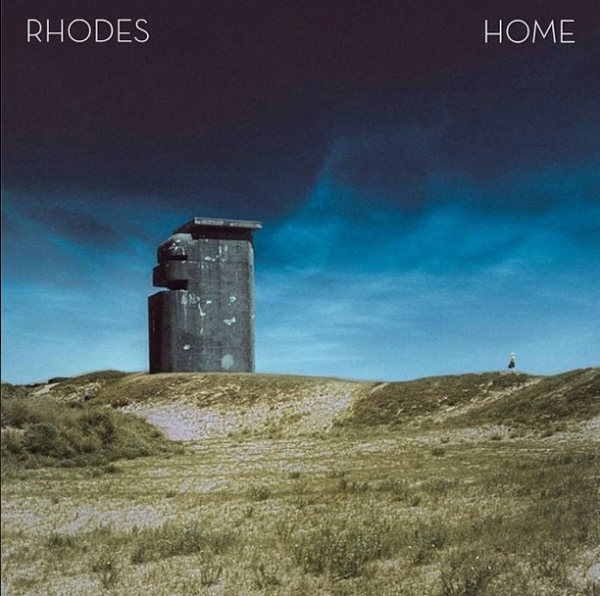 In this, a year where double Brit Award winner Ben Howard is releasing his second album, Ed Sheeran has dominated the charts with a record that was possibly even less originally titled than his debt and Vance Joy was covered by the indomitable Taylor Swift, you could be forgiven for thinking that the world doesn’t need another sensitive male singer-songwriter. The thing is though, is that most other sensitive male singer-songwriters aren’t anywhere near as good as Rhodes.

Across four tracks, his new EP Home manages to be beautiful while still imposing, delicate while still possessing enough force to wind its way into your brain and lodge itself there.  Its title track is a very succinct example of why Rhodes is a cut above the rest.  A wonderfully crafted song, it builds from hauntingly beautiful verse so rousing chorus, without being too painfully obvious about the whole thing.  By the end, the refrain of “I found my way/I’m coming home” sounds like something that may very well end up being chanted across festival fields come summer 2015.

Live demo “What If Love”, while a much less impactful moment on the EP, makes a really lovely addition. It feels like a very raw and honest point in the record, allowing Rhodes’ to show that beyond all the production and the careful mixing, he’s actually just a genuinely talented songwriter.  By using his trick of writing really engaging, catchy choruses he manages to make three minutes of bare vocal and piano wonderfully engaging rather than painfully dull as it would be in the hands of, say, Chris Martin.

Opening track “Breath” begins innocuously enough, with a quiet, slow building chorus that at first doesn’t seem to be doing anything spectacular.  But it’s in the chorus that the song really comes into its own with the quiet question, ‘”Are you holding your breath again?”, and the split second of silence that leads the huge chorus to actually feel like an expulsion of breath, like bursting through the surface of the water right at the point where you can’t hold it in anymore.  In a market where solo artists need to cling desperately to their USP in order to stand out, Rhodes’ natural song writing talent should see him through the oversaturated marketplace.