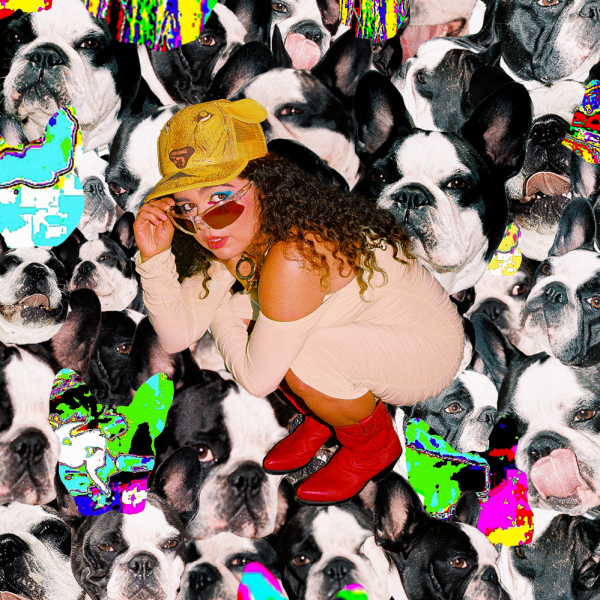 Furry leopard print bucket hats, cowboy boots, fanny packs, luminescent yellow plastic sunglasses, platform crocs; the overwhelming reclamation of anything ‘unfashionable’ by Gen Z has told every other generation to embrace a colourful resurgence of being you. Juno is the perfect soundtrack to this generational takeover.

A colourful kick to the face, there’s nothing junior about Remi Wolf’s debut album. Riding on the viral waves of TikTok, “Photo ID” brought the vibrant energy of Wolf to the masses. Now, Juno plays with the parameters of pop, combining traditional structures with experimental upbeat melodies and funk.

Wolf’s debut veers into hyper indie. She toys with space as hi-hats echo on “Anthony Kiedis”. Proclaiming her love for the Red Hot Chilli Pepper lead singer as well as her family, her vocals are completely encapsulating. The production is super tight and creativity seeps into the mix with funky licks of guitar and infectious drums. The alt vibe rears its head again on “Buttermilk” which floats along as easily as an old Vampire Weekend B-side. The record’s more gentle closing tracks may not be as energetic but aren’t any less danceable. In any case, they highlight the honest streak that is prevalent in the more relaxed tracks.

Juno’s playfulness defines Wolf’s first record. Parallels can be drawn between Wolf and Doja Cat whose take on pop has consisted of balancing honest real life experiences with fun buoyant music. Soundbytes bring a smile to your face as dolphins’ chatter, superheroes throw punches and camera shutters click. Wolf doesn’t shy away from humour especially in her lyrics. Comparing a fight to being in the ring with Conor McGregor on “Front Tooth” and including a kid’s monologue of being kidnapped on “Quiet on Set” is surreal but these moments make Juno shine.

The scope of Juno is massive. She takes on a Texan persona on one verse followed by a space cowboy on “Grumpy Old Man”. Charli XCX-inspired auto tune sneakily slips in on ‘Sally’ and “Quiet on Set” could fit right in with MTV’s coverage of R&B classics like Missy Elliot and Ludacris. Dub bass grinds up against slink synths and shows Wolf’s versatility. Charistmatically stepping onto the scene with an unmistakable presence in an era of reclaiming confidence is not an easy feat but Remi Wolf has delivered a debut that is powered by a true liveliness to be fun and real.