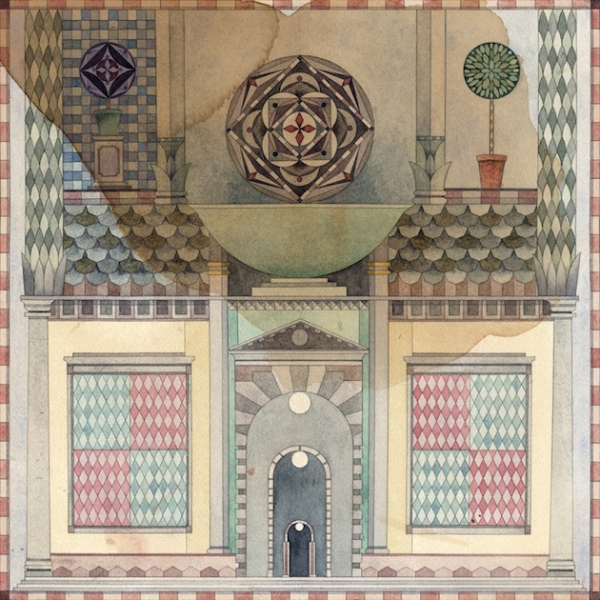 Call me romantic, but I quite like the idea of bands going out on a high.

Talk Talk landing a devastating one-two punch with Spirit of Eden and Laughing Stock before Mark Hollis vanished into thin air springs to mind, as does the sight of James Murphy howling his way through “New York, I Love You…” one last time in front of tens of thousands at Madison Square Garden. Fugazi clocked off with The Argument, which is comfortably up there with their best material, whilst the Pixies’ catalogue was near-untouchable pre-Indie Cindy. For a number of years, Refused were stood alongside these bands, and rightly so.

Quite how many years that is depends on how dim a view you took of their reunion tour in 2012. No new material surfaced, and the shows themselves were generally warmly received; there seemed to have been no dissipation of their ferocious energy, the beautiful note announcing that they’d reconvened on social media helped allay fears that it was simply a cash grab, and set against the backdrop of that summer’s other big reformation - At the Drive-In’s - all Refused had to do to look good by way of comparison was avoid treating their fans with a level of contempt that was consistently unfortunate and occasionally disgraceful.

Still, disquiet remained in some quarters. Few bands had ever signed off with such potency as the Swedes had back in 1998 with the prophetically-titled The Shape of Punk to Come; why do anything at all to tamper with a bombproof legacy? Contributing to the creeping unease that any further activity - especially on record - would be at best misguided and at worst disastrous was the patently obvious fact that with that last album, we’d heard everything that Refused had to say. Unlike Sleater-Kinney, they didn’t bow out just as they seemed on the brink of something massive. They’d just done something massive.

Last year, though, guitarist Jon Brännström announced that he’d left the fold in acrimonious circumstances, suggesting that, once again, Refused were not fucking dead. Freedom was announced in April, and the initial omens were not positive; far be it from me to judge a book by its cover, but the last time a press photograph and track listing suggested trouble ahead quite this sharply, both involved Johnny Borrell. Add to that the line that most news stories ran with first and foremost - that the man behind “Moves Like Jagger” and “We Are Never Ever Getting Back Together” had co-penned two tracks - and my eyebrows were raised so high that they were in genuine danger of detaching themselves from my head altogether and entering orbit.

The argument peddled by the band is that, because so many people adhere to the conventional wisdom that a new album was going to be a bad idea, the punk thing to do would be to make one - and one that genuinely meddled with their existing sonic template, at that. They’ve achieved both of those things with Freedom, but it’s hard to see what’s especially positive about the way they’ve pulled the latter off. Opener “Elektra” and “Francafrique” both veer dangerously close, in their pursuit of noisy, arena-ready funk rock, to that most nightmarish of territory - they sound a little like Red Hot Chili Peppers. “Old Friends/New War”, far and away the most experimental effort here, is a mess, an apparently random selection of ideas thrown together with zero cohesion. Distorted spoken word backing vocals? Weird, cack-handed attempt at using shallow breathing as an instrument? Contrived use of the acoustic guitar? Check all three.

“Dawkins Christ”, once it passes an unnecessary vocal intro, sounds far more like classic Refused, vital and unforgiving; a title that clunky demands a coherent lyrical approach to back it up, though, and it just isn’t there. There was evidence on the INVSN album he made a couple of years ago that Dennis Lyxzen’s skill for pithy political songwriting was still alive and kicking, but it seems to have largely abandoned him here. “Destroy the Man” is every bit as cliched as the name suggests, “366” wins the award for the album’s clumsiest refrain - “that’s someone’s sister! That’s someone’s son!” - and closer “Useless Europeans”, which is sonically subdued, strikes a strange tack, with Lyxzen apparently slamming the continent for failing to make more of its cultural identity. It’s a bizarre note on which to bring down the curtain.

You could make the case that the current political climate demands more bands like Refused, but if there’s a message here, it’s muddled; even if there had been, you suspect it would’ve been lost in the din that this ill-advised change of sound will inevitably create. There are moments where the old Refused break through, and they’re all the more thrilling for their scarcity, but even they aren’t enough to justify Freedom’s existence. This is not a terrible record, just a bland and misguided one; the band that made The Shape of Punk to Come sound like they want to be in a play-it-straight rock band, and that - frankly - is a tragedy.