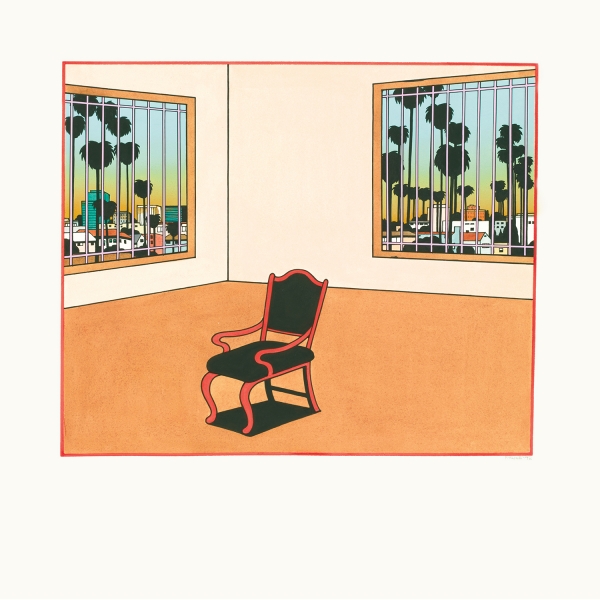 Quilt’s dual songwriting engine of Anna Fox Rochinski and Shane Butler has taken the Boston band through two albums and many miles of touring fueled by certain flower power sensibilities, but Plaza proves that the ‘psych rock’ tag doesn’t sum them up as well it used to.

“Roller” is the most obvious leap forward; a bouncing indie pop New Year’s resolution to get un-tied down. A bit of dream pop reverb is thrown on Rochinski’s voice at key moments, but the paisley flourishes are otherwise kept mostly to the margins. Flutes flutter, strings swoop, and guitars turn to liquid all throughout Plaza, but, more so than on their previous records, these retro signifiers aren’t shaping the songs so much as being plugged in to Quilt’s increasingly sophisticated and tidy structures.

Following in the vein of that lead single are the Rochinski-led “O’Connor’s Barn” and “Hissing My Plea”, both concerned with the search for a stable footing in the murky waters where people’s conflicting desires collide. “Are you looking for an answer?/Are you looking for a cure?/Maybe you should want more,” she asks on “O’Connor’s Barn” – possibly of herself, possibly of someone else.

Though Quilt haven’t entirely forsaken the three-part harmonies that distinguished their self-titled debut, Plaza mostly sticks to the lead vocal back-and-forth established on Held in Splendor, its predecessor. Butler’s share of the tracks tend to land on either side of Rochinski’s mid-tempo sweet spot; the gentle sway of the gorgeous “Eliot St.” or the early Pink Floyd on overdrive of “Own Ways” or “Searching For”.

By some combination of nature and design, Butler’s voice lands not far from that of fellow ‘60s aficionado, Jacco Gardner, while Rochinski’s voice isn’t as easy to pin to one particular era. Plaza handles that built-in bias by putting Butler in front of some of the album’s most dynamic arrangements: “Eliot St.”, the lush “Padova”, and “Something There” with its “Waterloo Sunset” glint. Quilt are a group well aware of their strengths but not willing to overplay them at the cost of their distinctive balance, and Plaza is stronger for it.