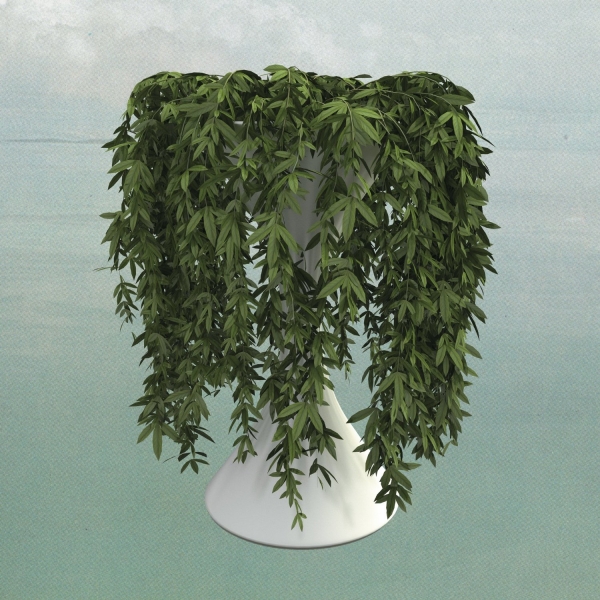 Building on the breakout success of their celebrated 2012 album, Have Some Faith In Magic, Errors have assembled a cohesive collection of lush atmospherics that is equal measures a retro-tinged homage to the ‘80s as well as an assured creative leap forward for a band that continues to redefine their own distinctive sonic niche.

The album hums by dynamically, only occasionally pausing a moment with instrumental interludes (blissful opener “Colossal Estates”, the pensive “Early Nights”) that properly set the mood for the vivacious, synth-laden numbers that follow. That these songs were created in the remote Hebridean Isle Of Jura – the location where George Orwell wrote his dystopian masterpiece, Nineteen Eighty-Four – only adds to the grand sense of ambition that permeates this buoyant new collection.

There are hints of Yeasayer, both musically and vocally, on the title track and “New Winged Fire”, just with a richer, more inventive sonic palette, while the flittering ghosts of both New Order and the Pet Shop Boys meander playfully within these expansive melodies. But those are just faint, familiar touchstones on an album that continually pushes beyond tame replication and easy compartmentalizing. Errors have been on their own unique trip straight from the start, and have been challenging us to keep up with them ever since.

The shimmering charms of “Slow Rotor” take a while to unfold, but once the beat kicks in the track effortlessly takes flight. Cecilia Stamp’s dulcet vocals gives a warm hue to both ‘Slow Rotor’ and the ominous, slow-burning texture of “Dull Care” – with additional vocal contributions on the record coming from Bek Oliva – but the repeated highlights of the album arise when the songs elegantly drift away from standard song structure and the arrangements float majestically upward, unencumbered by either convention or form.

“New Winged Fire” and “Genuflection” are perfect examples of this, where the lyrical snippets just serve as anchors to give the restless songs an identifiable core before the churning melodies grow bolder and irrepressibly unique. “Genuflection” is a massive, celebratory jam that truly forms the heart of the record, belying the subservient nature of its name in favor of a more unhinged, ethereal quality.

The hymn-like closing number, “Through the Knowledge of Those Who Observe Us”, is a crystalline actualization of the run of audacious songs that preceded it. The 13-minute track fluidly builds on the scope and brazen pluck that permeates the entire record, with the band offering up their most enterprising number as a graceful, keys and sax-drenched reward for those fans who saw the album out to its uplifting, hopeful conclusion.

Errors have made few mistakes on their way to assuredly leading the new electro-pop brigade forward. Their fresh, invigorated sound arrives like cascading droplets of water from a waterfall whose source you’ve yet to locate through the mist. And with Lease Of Life, the effervescent Scottish crew has once again served up a vibrant collection of gems that will still sound polished long after the glimmer of this era begins to show signs of fading.