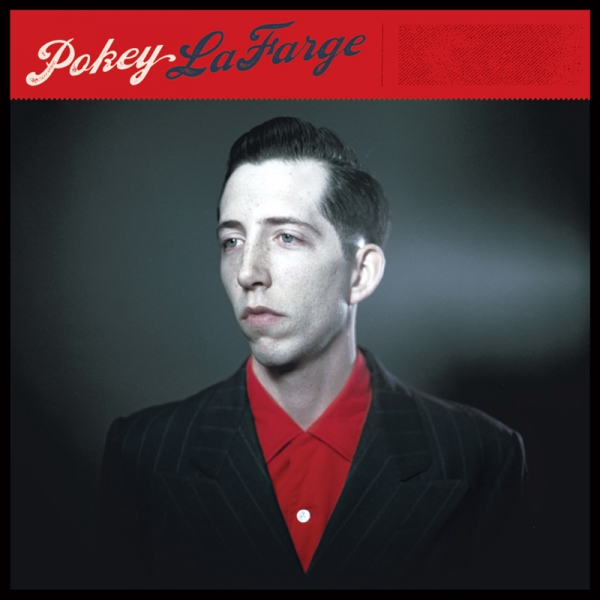 Deeply rooted in old time country-blues heard on the banks of the Mississippi in the 1920s and 30s, Pokey’s passion for his music spills over into his being, as he pointedly points out in the opening track ‘Central Time’. “I’m just a plain old mid-western boy / getting by on central time”. What you hear on his fourth studio record is made from the same grit and passion as heard on his first, and the effect is like an intimate time warp. Pokey is somewhat of a curator of traditional American music. His albums sound as if they are played in one take and are only missing the ambiance of boozy parlour noise. Now signed to Jack White’s Third Man Records, a label that promotes artists that celebrate the musical backbone of America, Pokey Lafarge cements his place as a pioneer to a new generation while maintaining the strictest standards of the old recording techniques and sounds. He’s certainly not the only one working at an American folk revival, but being signed to Jack White’s record label helps the cause.

Adding a few members since the days of Pokey LaFarge and the South City Three, his self titled album features a pair of guitars, parlor style pianos, harmonica, stand up bass, the odd clarinet and a gorgeously muffled trumpet. The expansion of instruments and subsequent choral singing bears shades of the Squirrel Nut Zippers especially on the devilishly delectable track ‘The Devil Aint Lazy, No Siree!’ or the working man’s song ‘Day After Day’. In keeping with traditional blue grass and country music, the rhythm is provided by the instruments and the soul offered by Pokey’s ever enigmatic voice which ranges from soft and soulful to loud and obtrusive. His band also shows their prowess by varying their style perfectly. Playing softly and creating almost a lull steeped in black and white on ‘What the Rain Will Bring’ contrasts beautifully against moments of improvisational Dixieland jazz in ‘Bowlegged Woman’. His latest, like his previous efforts, is a pleasure to listen to as he create that intimate vibe for which he is known for with his live shows.

With the backing of Jack White, who also helps produce this album, Pokey Lafarge is destined for wider exposure and with that, a rekindling of American Roots. And there is no better ambassador than Pokey Lafarge himself. He brings his organic arrangements and traditional sound forward to be appreciated once more by a new generation of music lovers that might not have considered dabbling with the genre. Pokey will invite you to step away from the modern, more complex times and immerse yourself in a period of music from the mid western USA which formed the heart and soul of the country. It is a trip well worth it.