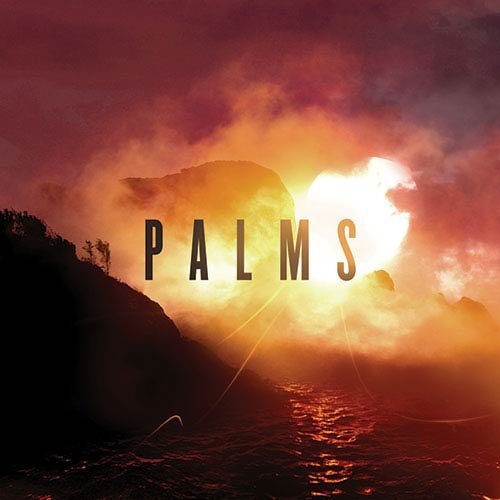 It would be fair to say that Palms achieves the fabled definition of a ‘supergroup’. At face value, it’s a recipe of one-quarter Deftones, three-quarters Isis - two of the most groundbreaking acts in alternative metal in the last decade, if not longer.

But dig deeper and the four members that comprise Palms have had their fingers in equally impressive pies: Bassist Jeff Caxide and guitarist Bryant Clifford Meyer can be found in Red Sparowes, drummer Aaron Harris played a role in Zozobra and Chino Moreno, of course, fronts Deftones and Crosses.

What we have here is an astoundingly talented group of musicians who have all been responsible for music that defines their particular genres, even if some names will be more unfamiliar than Moreno’s. So, supergroup? Oh, you bet.

Those saddened by the passing of Isis will want to know one thing above all: Are Palms the salve that can heal the wound? Well, yes, and no. Elements of latter Isis material (think Wavering Radiant) bubble away under the surface, but it is the addition of Moreno at the microphone which imbues Palms’ material with an ethereal quality – perhaps with more success than Isis found in their later years.

Moreno continues to impress with his vocal maturity; there’s little here of the man who once treated his vocal chords with reckless abandon. Instead, he furthers the haunting melodies that have made his one of the most unique voices in rock music. Take ‘Shortwave Radio’, which for six of its near-seven minutes sounds like a lucid dream, the meandering swirl of guitars Moreno croons over a hallucinogenic that he just about stays on top of. When he does let loose that aggravated growl, it’s not done in anger but in rapture, and makes for a colossal final minute.

It’s the one electric moment that stands out among the rest of the self-titled’s 45-minute running time. It’s no surprise to see tracks running danger close to the ten minute mark, given the DNA of the group. This gives the methodical material room to breathe, such as album-closer ‘Antarctic Handshake’ which, with its final refrains, is a soundtrack to drowning. It’s not an album that grabs the attention, that’s for sure. Lead single ‘Patagonia’ for the most part washes over imperceptibly, only bubbling up to surface for all-too brief moments of catharsis.

Palms’ debut is a surprisingly delicate collection that favours shoe-gazing shimmers over the more intrusive sounds that make up this band’s former years. Given this history, it’s inevitable that comparisons to the likes of Isis and Deftones will emerge. And while the latter is one that Palms successfully strays away from, it does less well avoiding the safe confines of Isis’ final moments. It’s a solid start from this supergroup, but the tug of old strings still dominates proceedings a little too much to mark this out as anything wholly unique in itself. But for some, that’ll be just fine.