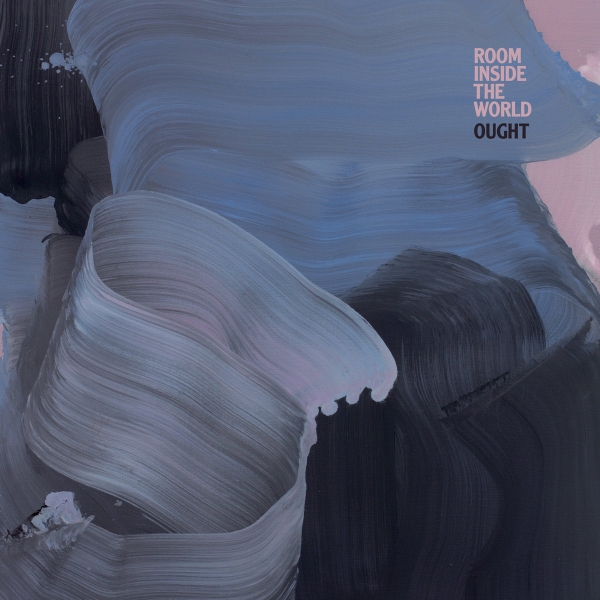 Ought have built something of a trade in anxiety inducing post-punk for the 2010s.

Over their past two records, the Montreal quartet transformed from a band seemingly set to follow the footsteps of Vampire Weekend into millennial champions; helped some by Tim Darcy’s former life as a poet. They captured what it was to be young and lost in an abrasive world not just in their lyrics, but in their frenetic melodies too.

Their third album, Room Inside The World, seems far too safe compared to their past efforts. The band seems to have taken their foot off the pedal a little. Gone is that sense of nervous angst that punctuated More Than Any Other Day and Sun Coming Down. That nervous angst that made even something as simple as a repeated cry of “yes” on the latter’s glorious centrepiece “Beautiful Blue Sky” feel like an exultant release.

Instead, Room Inside The World offers a patchwork of their inspirations, with naught much to separate them from their forefathers. It perhaps has something to do with the band mood boarding the album before recording. Their minds seem too set on exploring within the board, rather than outside of it.

Tracks like “Disaffected” and “Disgraced In America” feature the type of accomplished performances you’d expect from Ought, but sonically they skirt too close to pastiche (here, of The Cure and The Stooges respectively). Previously, Ought seemed to merely reference their idols, as in Sun Coming Down’s “On The Line”, but here they often feel too reliant on their spirit rather than forging their own from it.

The flashes of brilliance, then, really stand out. “These 3 Things” could easily work as a successful attempt to fill the hole left by Wild Beasts, with Darcy’s itchy vocals sitting alongside catchy pop melodies; both at odds yet totally in sync.

“Desire”, the album’s highlight by far, sees the quartet explore new territories to great success. Synths, saxophones and a 70-piece choir layer beautifully atop one another, creating a dreamy rumination on how to navigate this unpredictable world.

By removing the tension, Ought seem to have lost some of the magic. It’s not entirely gone; their attempts at sonic experimentation signals a bold step that does pay dividends, particularly on “Desire” and the rollicking opener “Into The Sea”. But elsewhere, the band feels a little too comfortable. Darcy is still able to conjure surroundings fraught with confusion and unyielding tension, but the music never seems to quite follow suit as it once did.