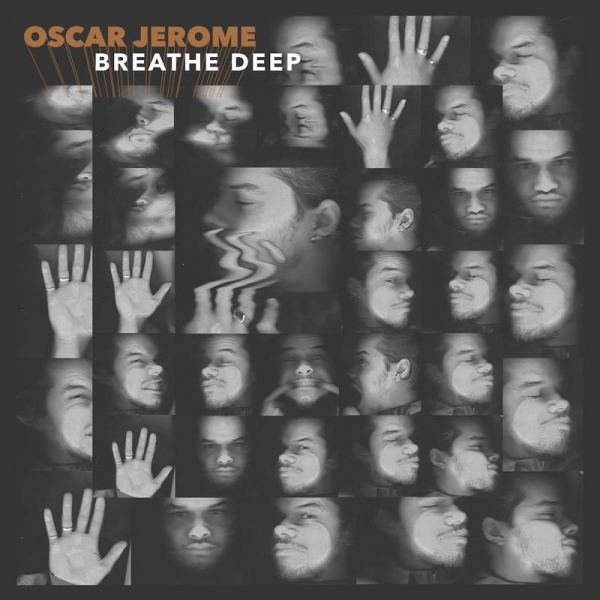 There has always been something cool and alluring about jazz music.

Once a genre associated with a time long gone, remembered only by our ancestors, there was almost an exclusivity to it. Its own unique club founded upon free musical expression, personified by the cascading sounds of various percussion instruments. And now, with Moses Boyd’s latest nomination for the prestigious Mercury Prize this year with his album Dark Matter, it is becoming evident that jazz music is coming back in a big way.

A brand new and exciting frontier, coined ‘nu-jazz’, is what is putting a bold stamp onto contemporary jazz. At the centre of this scene is Oscar Jerome. Originally from Norwich but soon upping sticks to South London to study at Trinity Laban Conservatoire with the likes of Boyd and Fela Kuti, his highly anticipated debut album Breathe Deep is the perfect case study for this new wave of jazz music.

Combining contemporary R&B and soul sensibilities with the hyperactive yet effective use of the saxophone and classic jazz tones, it is an album that expertedly bridges generations together. The album broadly gives kudos to previous musical and literary icons. One of the album’s three interludes “Draggin’ My Heels” pays tribute to George Benson, whilst “Coy Moon” is a love song inspired by the imagery of poet John Keats, mingled with the sonic inspirations of Mawdo Suso and Lee Scratch Perry. “Fkn Happy Days N That” is an ode to 60s Latin American jazz, whilst also drawing back to Jerome’s countryside roots, best represented by the bleats of sheep that close the track. Radio-favourite “Gravitate” has the ultimate cool factor as a slick beat lays over Jerome’s smooth vocals, whilst fan-favourite “Give Back What U Stole From Me” gets its final version after varying live versions.

Jerome uses this record to be completely honest and cover a variety of subject matter in a concise and tightly knit piece of work. “Timeless”, accompanied by the enchanting vocals of Lianne La Havas, sees Jerome stripped to just his guitar and vocals as he sings about his Dad and how grateful he is for him always being a constant in his life. There are also some stand-out, politicised moments on this record, which Jerome carves in beautifully. On “Sun for Someone”, he asks for us to have a little more perspective on the current climate crisis, crooning bluntly “The Earth will sigh / as it watches us die”.

The perfect amalgamation of paying homage to past icons and celebrating the new generation, Breathe Deep is an album that gets straight into the groove. A fine example of making jazz cool again, Jerome’s debut symbolises his talents, quirks and inspirations whilst also detailing his journey through music thus far and has self-reflection aplenty. In a world that seems very titled right now, the album also touches upon the resilience of people and their growing awareness for world issues. It is an album from the heart, that will also get deep into the soul.