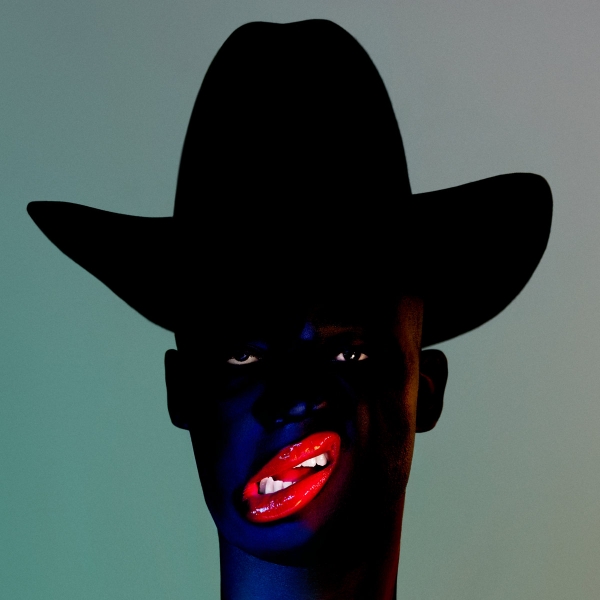 Francis Bacon borrowed from the surrealists, the Old Masters, film and photography to create some of the 20th Century’s most awe-inspiring but harrowing art. His canvases pertinently acted as a mirror of a world physically and spiritually ravaged by war.

Glancing at the artwork for Cocoa Sugar, one is instantly reminded of Bacon’s work. With its distorted and menacing anatomy, it simultaneously provokes both revulsion and awe. Like Bacon, Young Fathers have often borrowed inspiration from far-reaching genres to create their own unique art and socio-political commentary. Cocoa Sugar is the sound of the three-piece brilliantly streamlining their art to piercing and disarming effect.

Whilst recording Cocoa Sugar, Young Fathers aimed to explore the very essence of their own art. In doing so, many of the twelve tracks are purposefully sparse, with rhythms hypnotically looped, and phrases commonly repeated (giving many of the allegorical lyrics a mantra-like quality). The unsettling, “Fee Fi”, for example, revolves around a looping, African drum pattern, infrequently interrupted by a sombre piano riff. Additionally, “Wire” and “Toy” are primarily built on repetitive fibrillating and glitchy beats respectively.

The elements that do remain lay the foundation for a record of violent and vivid juxtaposition. Young Fathers’ musical bricolage on Cocoa Sugar finds the three-piece playfully moulding disparate sonic motifs, before breathlessly colliding them to disorientating and confrontational effect.

Lead single, “Lord”, serves as a perfect example of this subversive use of contrast within Cocoa Sugar. Although introduced by a ballad-like piano melody, “Lord” is subsequently dissected by numerous frightening stabs of rippling low-end and noise, building to an arms-aloft climax. Likewise, “Wow”’s insistent, driving lo-fi rhythm is tempered by a hazy, languid vocal, before saccharine doo-wop vocals are contrasted with anguished cries of “giving me what I need”.

Although on initial listen, Cocoa Sugar appears a somewhat sparse and restrained affair, there is in fact little restraint to be found in the record’s emotional depth; and its ability to explore and convey a plethora of intangible human experiences. Beauty, disdain, solemnity and aggression all reside within Cocoa Sugar, fervently battling to take hold of the listener. These states are primarily communicated through a series of excellent vocal performances, which greatly add to the elusive lyricism.

Reminiscent of Suicide’s “Ghost Rider”, “Turn”, uses elongated vowels and words to inject an antagonistic, snarling quality to its verses. Likewise the excellent lead single, “In My View”, bristles with bass, as the memorable and wolfish, “I’m writing blank cheques/I’m a greedy bugger” is threateningly growled. The metaphorical fire that burns within and evidently drives Young Fathers, therefore isn’t screamed unsophisticatedly, but rather translated at points in a disquieting way akin to a menacing whisper, piercing stare or intimidating smile.

Solemn opener “See How” further exemplifies the record’s hidden emotional complexity beneath its restrained surface. The track’s simple, scratchy chorus melody, acts not only as a melodic hook, but also imbues a sense of melancholy and resignation to the track, complementing the meditative vocal.

The melancholy found within “See How” is later revisited within two of the record’s standout moments. Centrepiece, “Tremolo”, features a trembling plea over heavenly organs, whilst album closer and punch-in-the gut highlight, “Picking You” is laced with an odd and desolate beauty. Impressively straddling concepts of love, loss, redemption and religion, “Picking You”’s funereal march blossoms with kaleidoscopic intensity as hi-hats shower the latter half of the track.

Young Fathers’ experimental and fluid movement through the spectrum of musical genres makes them a difficult group to define. Across their studio records, genres such as Krautrock often sit comfortably with gospel, soul and hip-hop. One could even argue that if the true spirit of “punk” is to provoke, dissent and agitate, then the three-piece could easily be defined as one of Britain's finest punk bands. However, to box them within a discrete musical genre would do them a disservice. Like Francis Bacon, Young Fathers borrow inspiration to create gloriously realised works of unique art, which arouse debate, revulsion and awe in varying measures.