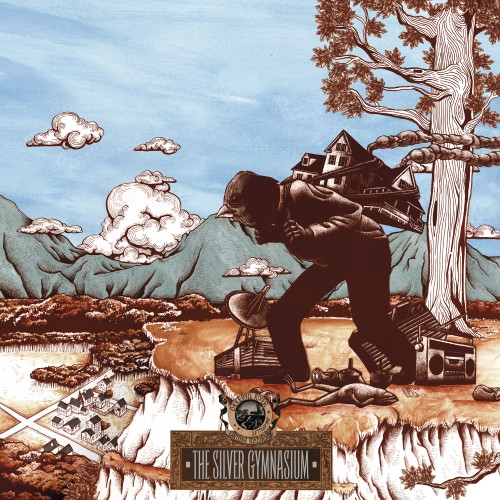 It would certainly be a different experience as a 10 year old growing up in small town USA in 1986 as compared to the present times. The world was perceived as less dangerous, with and boys and girls left to roam the neighbourhood on their own in search of adventures that would eventually define their character later in life. Since the onslaught of the fear campaign in American media over the past 12 years or so, it seems that the days of carefree exploration and discovery have been replaced by a more structured (and dare I say stifling) approach to childhood. For Will Sheff, the life blood of Okkervil River, The Silver Gymnasium is an opportunity to document his childhood in the small town of Meriden, New Hampshire, in time when the story of a childhood is still worth documenting.

The band’s seventh full-length is a return to the concept record format, a trait for which they are best known. The Silver Gymnasium is an interesting look at youth and innocence as seen through the guise of wise adult minds. While the content, artwork and accompanying online 8 bit video game all deal with energy of youth, the album presents as their most sonically mature to date, a trait which can be both pleasing and awkward at times.

Opener ‘It Was My Season’ brings forth all the bravado and energy of that first ride on the bike around the neighbourhood. It’s a reminder of the first taste of freedom, and with it, the pain of growing up fast from life’s lessons, a theme continued on with the super infectious ‘Down, Down the Deep River’, an allegorical tale that talks about camping out in the back yard, listening to your favourite tape mixes and sharing stories about painful choices . “We can never go back / We can only remember”. Like the album, the song talks about coming into age as things become deeper, faster, more complex and further from the simplicity of youth.

While the story telling is compelling throughout the album, Okkervil River’s musical arrangements lack consistency. Certainly the synths in ‘Stay Young’ seem grossly out of place given the band’s musical grounding in uncomplicated, organic rock, and the album does not compare with their flagship Black Sheep Boy or the underrated I Am Far. Still there are some obvious gems and a few hidden ones like ‘Walking Without Frankie’, a song that blends the swagger of the 50s with a trashy reverb. And though the sound overall is slightly more polished than their older stuff, (perhaps as a result of their migration to ATO records) there is still genuine passion to be found Sheff’s vocals as evident in ‘Black Nemo’ and ‘Lido Pier Suicide Car’.

Preferring to be a bit more refined, The Silver Gymnasium mixes maturity and depth with rare awkward moments which are more typical of a band that is musically in their late adolescence. Perhaps that’s part of the point as these veteran folk-rockers successfully deal with the rather unstable concept of growing up.