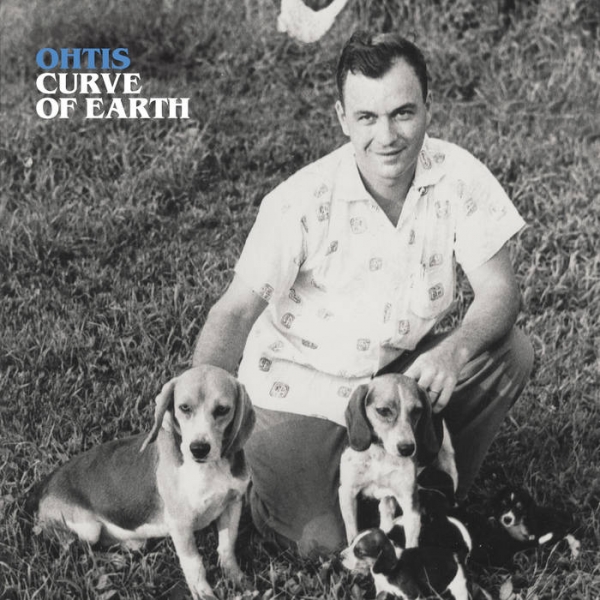 In a brief timespan, Ohtis have compiled a debut album proper that not only delves into the darkest corners of existence by addressing themes of drug addiction and dejection, but also serves as a platform for understanding what it means to overcome one’s demons.

While Curve of Earth’s eight songs revolve largely, if not solely, around vocalist Sam Swinson and his personal struggles, he makes a valiant effort to address his crippling guilt, the strength it takes to overcome and correct, and even his ability to process and maintain a healthy idea of what religion is and can offer those who seek it. Curve of Earth is an intimate recollection that’s meant to illuminate and heal our spirits, reminding us that even in dark times, light somehow manages to always pass through.

Ohtis’ story is a fragile one: they've battled the back-and-forth between stability and personal turmoil. It’s a story of resurrection and devastation and one that doesn’t let us forget our roots and how they’ve shaped who we are. Despite the tragedy that’s followed Ohtis on and off for nearly a decade now, their new chapter proves rather miraculous.

Curve of Earth feels like a release for this band: eight all-too-brief songs totalling less than half an hour, of relaxed, alt-country-tinged jaunts. “Runnin”, an idyllic moment atop the LP’s main highlight showcases Swinson’s desire for change and the fear tied into it. It’s his clear-cut focus that he understands how powerful addiction was to his life and what it managed to cost him. Swinson laments and confronts all the aforementioned throughout the track: “The expression you were wearing of emotional pain / Like anybody struggling to keep themselves sane” – Swinson is overcome with sentiment; he can’t help it, though, but “Runnin” shows Ohtis not in a state of disarray despite the track’s content, but rather a group with razor-sharp focus, simply conscious of how things once were. However, while Ohtis achieve a level of maturity, particularly with Swinson’s narrative, the track as a whole is exceptional – it’s Swinson’s unforgettable vocal styling that gives them a lot of their praise, but it’s, too, the instrumentation. From its pulled-backed percussion to the melting pedal steel, it shows the trio not relying on lavished schemes to get their point across; it something they’ve acquired quite some time ago.

The carefree, upbeat “Rehab” is a similar proposition, in which Swinson confronts his addiction alongside his religious upbringing, but while Curve of Earth scurries throughout different modes of delivery, Ohtis’ power shines during their quieter moments. “Diggin” is a soft ode that calms our psyche, offering rationale and virtue whereas “Junkie Heaven” shows Ohtis at their most pensive. It’s a slow-burner accompanied with Jon Brion-like piano fills that begins with a brief, distorted horn section while Swinson exposes himself and as his listeners we humbly succumb, relying on his experience to guide us.

Nevertheless, Ohtis don’t give us much – Curve of Earth is sparse, but the trio make up for it with their relatable and confessional take on what their idea of a vast Americana is and how to simply survive within it. It’s not an easy task, in fact it’s an almost hopeless endeavor. Ohtis among countless others strive for a sliver of notoriety…a chance, even. Ohtis rank into the few who manage to surpass leaving us in a state of pleasant reverie. “Serenity Prayer” leads us out, a bedroom pop-worthy ditty that shows Ohtis simply enjoying themselves. In Curve of Earth’s press release it concludes by Swinson stating: “It feels like a long time coming…we’re ready” – and his sentiment couldn’t be more true with this brand-new beginning.