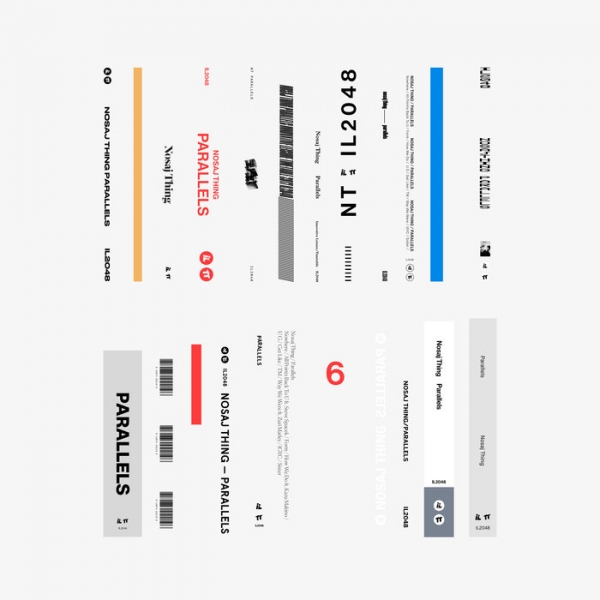 The latest record from Los Angeles’ Nosaj Thing is a heady and atmospheric experience that feels like a hazy film placed atop regular reality. What it lacks in straightforward melodies, it compensates with impressionistic tones and textures that create a canvas for the listener to project onto.

Parallels is Jason Chung’s fourth album as Nosaj Thing, and at this point he has a clear, unhurried confidence in his approach to making music. He gives ideas ample space to breathe and develop. The textures here are warmer and feel more lived-in than on his 2016 No Reality EP, though there is still a sense of deliberate detachment that allows listeners to feel the space between the synth lines and percussion to mostly positive ends.

Because it’s a more abstract affair, Parallels lacks the intensity and edge of his debut, Drift, but it does have its share of attention-grabbing moments that show his utilitarian songcraft skills. “All Points Back to U” has an infectious underlying groove but its top layer is filled with visceral, aching emotion. It’s similar to some of the stronger songs on his touring partner Jacques Greene’s impressive debut Feel Infinite.

“Get Like” has a four-note melody that drips with menace, and a guttural kick drum that is deployed sparingly and effectively. Some of Nosaj Thing’s best tracks have made incredible rap backdrops for the likes of Kendrick Lamar (“Cloud 10”) and Chance The Rapper (“Paranoia” “Cold Stares”), and “Get Like” could be a perfect beat for a gifted MC.

His collaboration with Zuri Marley, “Way We Were”, is wistful and immersive. The synths feel like they exist on separate planes, giving them track a rich dimensionality, and Marley proves to be an ideal fit, nailing the song’s concept of longing for the past in both her delivery and lyrics. “Time flies and then you find you’re no one”, she sings on what is perhaps the album’s strongest individual track.

A few tracks like “Form” and “Nowhere” have the seeds of something intriguing but feel underdeveloped. The former hits upon an incredible synth tone but doesn’t build enough around it, while the latter does a terrific job of creating rhythm from its arpeggiated piano melody but is simply too monotonous.

One of Chung’s strengths is not overstuffing his music, but there are moments where Parallels’ nonchalance makes it feel like less of a full album and more of a holdover between more momentous projects.