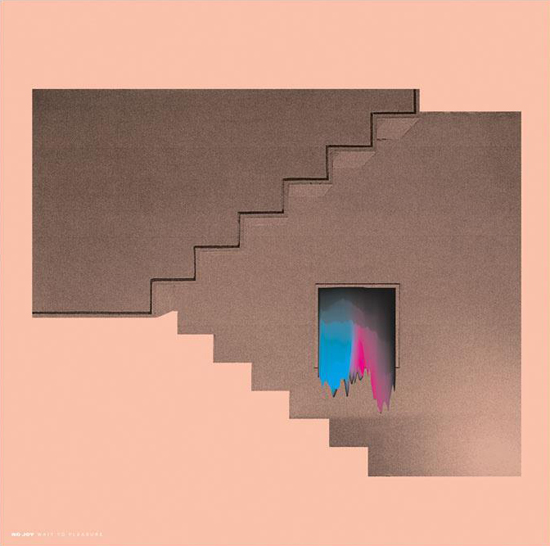 It’d be inaccurate to dismiss No Joy’s debut full-length, Ghost Blonde, as a lo-fi record. Sure, it was produced on a shoestring budget in the band’s Montreal practice space – in an interview for this website, guitarist Laura Lloyd claimed you could “hear the Metallica covers band practising next door on some tracks” – but it still sounded lush, layer upon layer of reverb-drenched guitar drowning Jasmine White-Gluz’s dreamy vocals to create a record that belied the humble environment in which it was conceived.

Their second release, Wait to Pleasure, is therefore an interesting prospect, given that the band were operating in relative luxury in terms of both time constraints and musical resources.

As opener ‘E’ squeals into life with some feedback, you’d be forgiven for thinking you were listening to a cut from Ghost Blonde, but single ‘Hare Tarot Lies’ is a clear demonstration that the band have tried to push themselves in different directions; it’s the first song they’ve written that’s underpinned entirely by the vocals, and with the guitars dropping in and out of the mix, we’re finally given the opportunity to hear what White-Gluz’s voice sounds like when it isn’t consumed by reverb – for the record, kind of like a particularly-stoned Victoria Legrand.

Live drummer Garland Hastings is now a permanent part of the set up, and the effect of having a consistent presence behind the kit is immediately apparent; the band have stepped away from the relatively-conservative beats of their debut, as evidenced by the choppy ‘Prodigy’ or ‘Blue Neck Riviera’. The latter is one of the record’s more intriguing propositions, pairing a programmed, hip hop beat with a guitar sound lifted straight from DIIV’s Oshin, it’s a nice idea in principle, at least until the jarring, half-spoken vocals on the verses kick in.

There’s mixed results, too, when it comes to experimentation with the guitars; ‘Lunar Phobia’ tries to use them more sparingly, but sounds too sparse as a result; ‘Wrack Attack’ works them in more gradually, more purposefully, over crashing drums, to create one of the record’s highlights. On two-minute interlude ‘Pleasure’, guitars are virtually absent, used only for punctuation over the White-Gluz’s signature distorted vocals; that the band have the confidence to do away with their bread-and-butter on parts of this album in the name of experimentation is encouraging, even if there are missteps along the way. There’s plenty of nods to Ghost Blonde, though – like ‘E’, ‘Slug Night’ could’ve been lifted straight from it, sharing with its predecessors a heavy debt to My Bloody Valentine.

No Joy recorded an entire LP’s worth of new material towards the end of 2011 – produced by The Raveonettes’ Sune Rose Wagner in New York, it was pretty much the finished product – but ultimately scrapped it and started anew; it makes you wonder whether they feel they’ve achieved what they were aiming for with Wait to Pleasure. It’s a far more eccentric record than their first effort, stretching past the obvious influences that led to their pigeonholing as a shoegaze band, but loses a little of the unbroken, hypnotic atmosphere as a result. There’s no lack of ambition, though, and where there’s ambition, there’s potential – an uneven listen at times, but a promising one all the same.