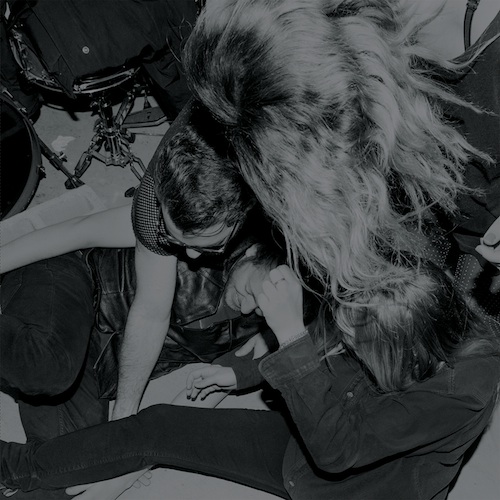 A bit of good, old-fashioned journalistic digging in preparation for this review has thrown up some earth-shattering revelations about No Joy.

They’re huge Minion fans, for one. “Bring us Minions tonight at The Louisiana in Bristol for guestlist,” they demanded over Twitter on their recent UK tour with Cheatahs. Back home in Canada, they apparently offer an even better deal: “2 for 1 deal to get into tonight’s show in London, ON for you and your Minion. Minion gets VIP Meet & Greet, you wait outside until we’re done hanging out.” On top of that, they’ve also offered up decidedly unlikely news about their own identities and profound statements on fermented grape juice, amongst plenty more besides.

What you don’t need to be a world-class investigative journalist to know about No Joy is that, historically, they’ve enjoyed distortion almost as much as they enjoy Minions, possibly even more; after all, they’ve been together since 2009, which is a year before Despicable Me even came out. Both their early singles and their debut full-length, Ghost Blonde, were drenched in wall upon wall of scuzzy guitar. There was plenty more where that came from on their last album, 2013’s Wait to Pleasure, too, but framed much more experimentally; there were choppy beats (“Blue Neck Riviera”) and druggy, looped psychedelia (“Hare Tarot Lies”) to go alongside a much freer take on the way they used the guitar.

More Faithful falls somewhere in between. The cover art seems to officially announce that they’re a four-piece now, with a permanent rhythm section in place, and unsurprisingly, the result is their fullest sound yet. Whereas Wait to Pleasure’s sonic dabbling seemed like the logical result of a band going into a proper studio to record for the first time, More Faithful feels like their first stab proper at a record that genuinely represents the sound they’ve been gunning for since day one.

The variety that defined the last album remains, as proved by the opening one-two of “Remember Nothing” - aggressive, noisy - and the blissed-out shimmer of “Everything New”, but there’s a cohesiveness, too; the production, which largely favours restraint over bombast, plays a key part in crafting the record’s serene atmosphere. There are plenty of pop sensibilities present within the songs themselves, but they’re usually set against something that negates them - the erratic spoken word samples that run behind the melodic guitar lines on “Bolas”, for instance, or the manner in which the honeyed, harmonic vocals are frequently backed by rough waves of reverb (“Rude Films” is a case in point.)

The ultimate outcome is that More Faithful is a record of pop songs that are dressed up to look like shoegaze; it’s not that there aren’t hooks here, it’s just that they’re languid, and even though there often is traditional verse-chorus structure, it’s obscured by the woozy manner in which the vocals and instrumentation interact with each other. It certainly sets them apart from their contemporaries; in anybody else’s hands, you suspect, More Faithful could have ended up a little bit of a mess. Instead, No Joy have pulled off one hell of a trick with it: by the time it’s over, you’re wondering how a record so precise, so considered, can sound so gloriously laid-back, and quite how they’ve managed to convey so many different ideas so efficiently. Perhaps they delegated to their little yellow friends.