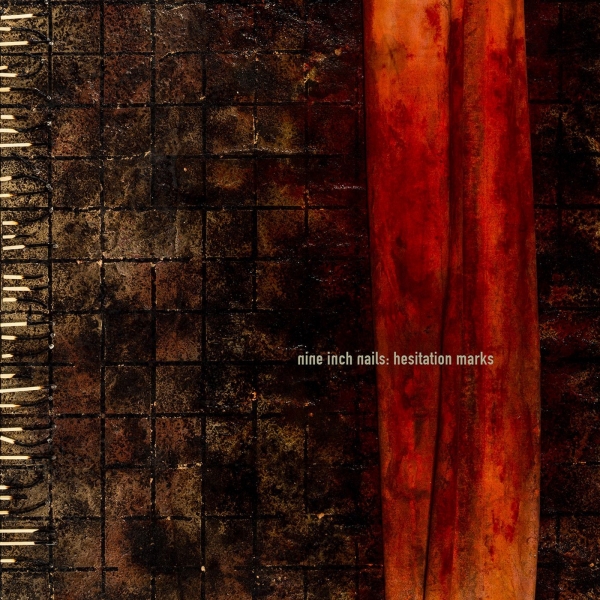 When the press release came through announcing Nine Inch Nails’ return, there can’t honestly have been many people surprised by the news. Sure, Trent Reznor’s wave goodbye in 2009 might have looked conclusive, with the farewell tour stretching across multiple legs and the asset-stripping of all the band’s gear through eBay, but it never really felt sincere so much as a play for the cameras, an elaborate staging before the next act.

Of course, that next act was pretty damn productive for Reznor, netting him an Oscar, two film scores for David Fincher, collaborations with Dave Grohl and Josh Homme and Karen O, a soundtrack credit for the world’s highest-selling videogame and a whole new band with a stage-headlining slot at Coachella, not to mention a family. Yet the latter excepted, none of this strayed too far from the NIN brand – that brooding menace and mechanical grind, the restless noir and the bleached-out sociopathy remained a constant throughout.

So when nin.com announced ‘We’re back’ in late February it was a slight struggle to recall if they’d actually ever been away – indeed, between the red-carpet appearances and the flood of Pitchfork news items, the Rock Band song packs and the longform pieces in The Guardian and The New Yorker, Reznor’s profile had never been higher.

We’re used to this, of course, living at a time where bands never actually die – they merely hibernate awhile, greying as they wait out a rising demand for ticket sales. So too are we used to being disappointed, that interval between the final curtain and the comeback tour – ever-shrinking as it is – rarely doing much for a band beyond accruing nostalgia: undead, their bodies move but the life has gone, their performance a low moan of rotting grasp and faded recall.

Hesitation Marks has a tricky task, then, having to live up to not just the sizable legacy of Nine Inch Nails itself but also the increased attention brought by Reznor’s (arguably more mature) recent work. Worse, NIN fans aren’t exactly known for their tolerance: in 2009 Reznor was driven from Twitter by the abuse levelled at him for daring to get married, a coterie of his followers believing that happiness was somehow a betrayal of his art. And Reznor himself has spoken of his determination not to retread the past, having spent his time away ‘refocusing’ what Nine Inch Nails could be.

Which is ironic really, when this release does so much to place our focus back on that past. There’s the artwork first of all, with The Downward Spiral artist Russell Mills fully replicating that album’s aesthetic with the understated fonts and the abattoir textures, the deep cuts and the distressed edges. There’s the song titles, characteristically terse and melodramatic: ‘Disappointed’, ‘The Eater of Dreams’, ‘Various Methods of Escape’ and ‘Black Noise’. And there’s the sound itself – the rising drones and the mesmeric glitches, the maelstrom riffs and the migraine beats and Reznor’s familiar caustic howl.

“I am just a copy of a copy of a” he sings on ‘Copy Of A’ and in a lot of ways this really is: Hesitation Marks doesn’t refocus NIN’s sound so much as distill the last decade into an hour-long primer, welding Year Zero’s loop-driven dystopia to the minimalism of Ghosts and With Teeth’s ear for the radio-friendly. But given the album’s genesis as a Greatest Hits package (‘Satellite’ and ‘Everything’ were intended for a contractually-obliged compilation before Reznor saw a greater potential) that seems appropriate enough, although the result will likely be divisive – there’s a lot of fans who never really accepted the direction taken after The Fragile. Indeed, they’ve been getting pretty vocal on the boards over that latter track, demonstrating a remarkable level of interest in a band that many profess to have ‘given up on in 2005.’

Ah yes, ‘Everything’. In truth it isn’t Hesitation Marks’ strongest hand, and it is a shock to hear Reznor sounding so elated, but it’s not quite the roadkill that the social media response implied: it’s low-calorie, sure, but the chorus throws a disarming punch. Its biggest problem is one of context: lodged at the end of that Best-Of collection it would have made perfect sense, with its upward spiral optimism and final-reel lyrical content (“Wave goodbye, wish me well/I’ve become something else”), but here it’s dead centre in an album of largely mood-wracked electronica and it’s jarring, damn near violently so.

Much more characteristic is come-back track ‘Came Back Haunted’, dark but danceable and a clear sibling to ‘The Hand That Feeds’: balancing the gossamer line between poppy appeal and deeper substance it already seems canonical. ‘Copy Of A’ does much the same, rhythmically compulsive and lyrically insistent with a savage, driving mid-section. Elsewhere ‘All Time Low’ has the mid-paced swagger of ‘Where Is Everybody’, whilst ‘Satellite’ marries a Timbaland beat to Year Zero’s techno-paranoia, lyrically vacuous but undeniably exciting.

It’s a long album and it does get pretty airless in places, particularly in the latter stages. ‘Running’ and ‘I Would For You’ grate sometime before their close, B-sides elevated above their station, whilst the penultimate ‘While I’m Still Here’ treads much the same water as the earlier ‘Find My Way’ but without that song’s sense of building to something, particularly as the ominous, tortured howl that finally emerges from it is placed into another track, the closing ninety seconds of ‘Black Noise’. Whilst these more ambient segments do provide some welcome space in an album built mostly upon volume they aren’t especially memorable: Ghosts did this stuff better.

Much, much more compelling is when Reznor goes loud, as on standout ‘In Two’ – an uncompromising snarl of electro that genuinely broke my left headphone. But Hesitation Marks’ highest point – indeed, one of Reznor’s highest points since The Fragile – comes shortly after the album midpoint with ‘Various Methods Of Escape’, shadowed and glitch-ridden with a melody that surpasses ‘In This Twilight’ in its top-voiced beauty.

Hesitation Marks marks a major-label return for Nine Inch Nails, now signed to Columbia after a few years at the frontier of new technologies and innovative distribution. And that makes sense: whatever Reznor promised this isn’t an evolution for the band but a very confident, very polished assertion of what they do well – heck, what they do better than anyone else. Sure, it’s chorus-driven and a touch too slick, lacking the density and the ambition and the sheer bloody nihilism of NIN’s 90’s heyday, but Reznor’s not that guy anymore – that guy died with the heroin overdose. But there are more than enough moments here to suggest a maker not – whatever the protestations of one of its tracks – yet at peace. And thank fuck for that.