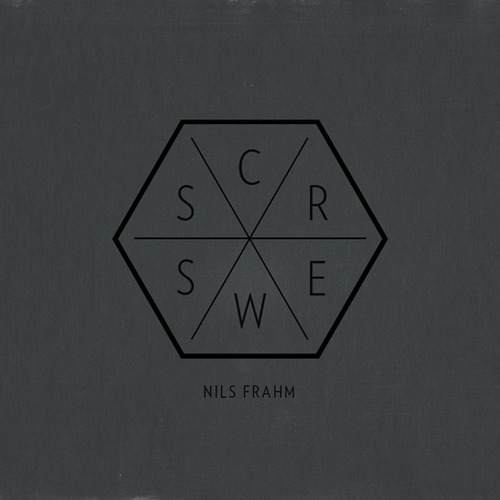 For most musicians, and particularly pianists, breaking your hand would be a serious problem. Having had a busy couple of years full of shows, collaborations and acclaimed projects, Nils Frahm broke his thumb after falling out of a bunk bed.

After a couple of days of despairing that it could all be over, a period he know labels as “pathetic”, Frahm found himself with space and time, and strict orders not to touch a piano. Let’s just say he didn’t follow medical advice to the letter.

Screws, which Frahm has made available to download for free to mark his birthday, is the product of 9 nights of playing songs with 9 fingers, recorded with a single microphone just before Frahm went to bed. Shorn of the layers or flittering electronics of last year’s magnificent Felt, what remains is a meditative, intimate and melancholy work that, despite the minimal set up, reveal more in the course of half an hour than many other artists do over multiple, sprawling discs. Every creak, echo or moment of sustain feels deliberate, and while the arrangements are sparse, each intake of breath or crackle gives the record a real comforting warmth. As the record progresses the melancholy gives way to a sense of positivity and possibility, with ‘La’ and ‘Si’’s delicate playing proving to be particularly uplifting.

In the note that accompanies the release of the record Frahm writes about his love for his work, describing playing for people as “the greatest joy I can imagine”. That idea is something that shines throughout his work, and Screws in no exception. Frahm’s ability to turn adversity to his advantage is a testament to his determination and skill. In Screws, he has crafted a truly beautiful work, and one of the year’s finest releases.