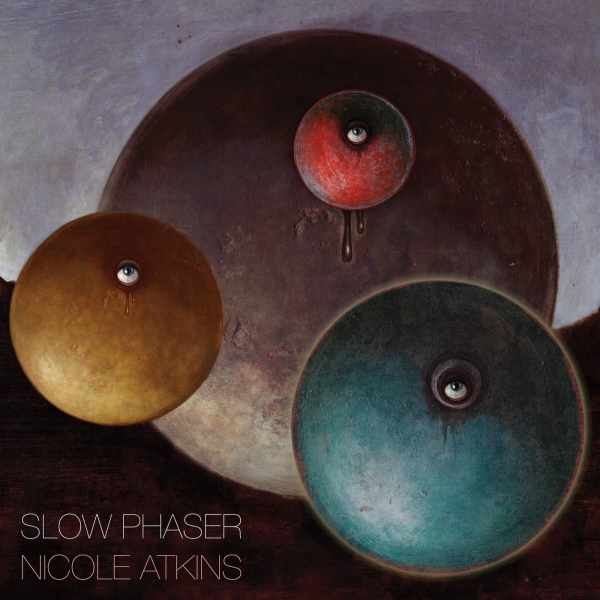 Three long playing records in and it sounds like Nicole Atkins has now hit her stride. Following on from the lush retro pop of her 2007 début, the major label release Neptune City and the starker, darker strains of its follow up Mondo Amore four years later – by which time Atkins and Columbia Records had already gone their separate ways – comes Slow Phaser. As its title suggests, she’s a late developer.​

A native New Jerseyan, the emotional genesis of Slow Phaser can be found in the devastation wreaked upon Nicole Atkins’ home shores by Hurricane Sandy some two years ago. Deeply affected and equally inspired by this sense of loss, Atkins eventually retraced her steps to Malmö in Sweden, the place where Neptune City had been recorded and where she was able to renew her acquaintance with that album’s producer, Tore Johansson.

Together they wrote Slow Phaser’s opener “Who Killed The Moonlight?”, with its strong sense of darkness immediately locating the listener in the exact time and place of that erstwhile king of the midnight movie, Alejandro Jodorowsky. It was just as if Ennio Morricone’s soundtrack to some old spaghetti western was being played through an aural polarising filter.

Yet for all that a dark thread stitches the record’s mood together, its musical styles are quite wonderfully diverse. “It’s Only Chemistry” traces a curve once followed by Kurt Weill on Broadway; the faux-euphoria of the album’s first single “Girl You Look Amazing” masks the sadness of the very last days of disco.

Elsewhere, Atkins draws upon elements of early 70’s progressive rock – there is an ebullient synthesiser percolating throughout “What Do You Know?”, and “Gasoline Bride” is surely powered by the distant, diesel engines of King Crimson – and she cites Peter Gabriel’s first solo album as being an inspiration for Slow Phaser. Jim Sclavunos – who will be joining Atkins’ live band on drums for her forthcoming UK shows – also brings his Bad Seeds’ gothic influence to the party on “Red Ropes”, though it’s Johansson who added the choir to the song’s coda.

And then there is Nicole Atkins’ voice. For all of the twists and turns in musical directions Slow Phaser takes – be it power pop , prog psych or the country air Atkins inhales on “Sin Song” – she negotiates them all with remarkable ease and dexterity. Her voice is a huge powerful, theatrical instrument, often previously heard at its best when she belted the living daylights out of a tune. Yet for all of its power and potent, dramatic impact it is one she has learnt to use more sparingly and with a far greater restraint. Just like her songwriting, her singing has developed and matured and with Slow Phaser Nicole Atkins has produced a record of much deeper confidence, one that will surely exist way beyond any of those physical losses she experienced at the hands of Hurricane Sandy. ​